The Sette Laghi Kart Circuit of Castelletto di Branduzzo buzzed with activity this Saturday as 20 qualifying heats were run between the 170 drivers taking part in the Second Round of the WSK Open Cup. Joseph Turney, in OK, Martinius Stenshorne, in OK-Junior, and Nikola Tsolov, in 60 Mini, topped the intermediate classifications before the Prefinals and Finals on Sunday that will decide the name of this year’s class winners. 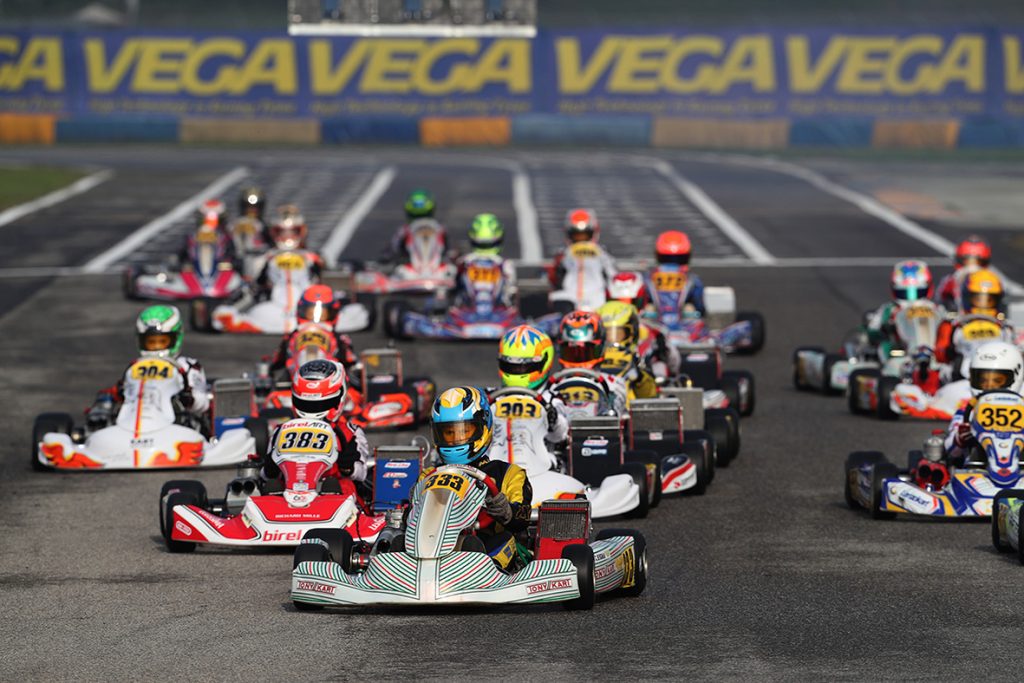 OK: Turney on the rise

Joseph Turney (Tony Kart/Vortex) reached the front of the provisional classification in the OK class at the conclusion of his heat races. Third at Lonato for the Open Cup’s previous round, the Brit rose to the top position of the 34 driver-filled pack with one victory and a second place which added to his opening win on Friday. Turney will, therefore, start tomorrow’s Prefinal from pole position with Taylor Barnard (KR/IAME) by his side. Following a second position-finish yesterday, the Rosberg Racing Academy driver showed again a strong form on track with two wins.

OK-Junior: Stenshorne and De Haan close at the top

Martinius Stenshorne (KR/IAME) concluded all of his four qualifying heats within the top 3, including two wins, to be made provisional leader of the OK-Junior category. The Dutchman Robert De Haan (Energy Corse/TM) comes in second overall with a similar amount of five points as well as two victories. Artem Severiukhin (Tony Kart/Vortex) follows in third place ahead of Ugo Ugochukwu (FA Kart/Vortex), both winner of a race, and Nikita Bedrin (Tony Kart/Vortex).

The second half of the classification’s upper part is completed by Igor Cepil (KR/IAME) in front of Andrea Kimi Antonelli (KR/IAME). The young Italian took the win in his first three races before a retirement at the end of the day pushed him down to sixth in the ranking. The European Junior Champion Marcus Amand (KR/IAME) comes behind in seventh position thanks to a second place and a win, followed by Alexander Gubenko (Kosmic/Vortex) and James Wharton (Parolin/TM) who managed to recover from a distant 31st qualifying performance to enter the Top Ten.

The starting order for the OK-Junior Final will be determined in the Prefinal A and B taking place on Sunday morning. Stenshorne and De Haan will start from pole position.

The starting order for the 60 Mini Final will be determined in the Prefinal A and B taking place on Sunday morning with Tsolov and Matveev respectively on pole position.

Find out more about the provisional ranking of OK, OK-Junior and 60 Mini.