Kean Nakamura Berta took his second Mini 60 Final victory in two weeks, this time on the Circuito Internazionale Napoli for the opening round of the WSK Euro Series, seven days after finishing the Super Master Series on a high in Adria! The Japanese driver managed a late but successful move on Dmitry Matveev while Jan Przyrowsky completed the podium. 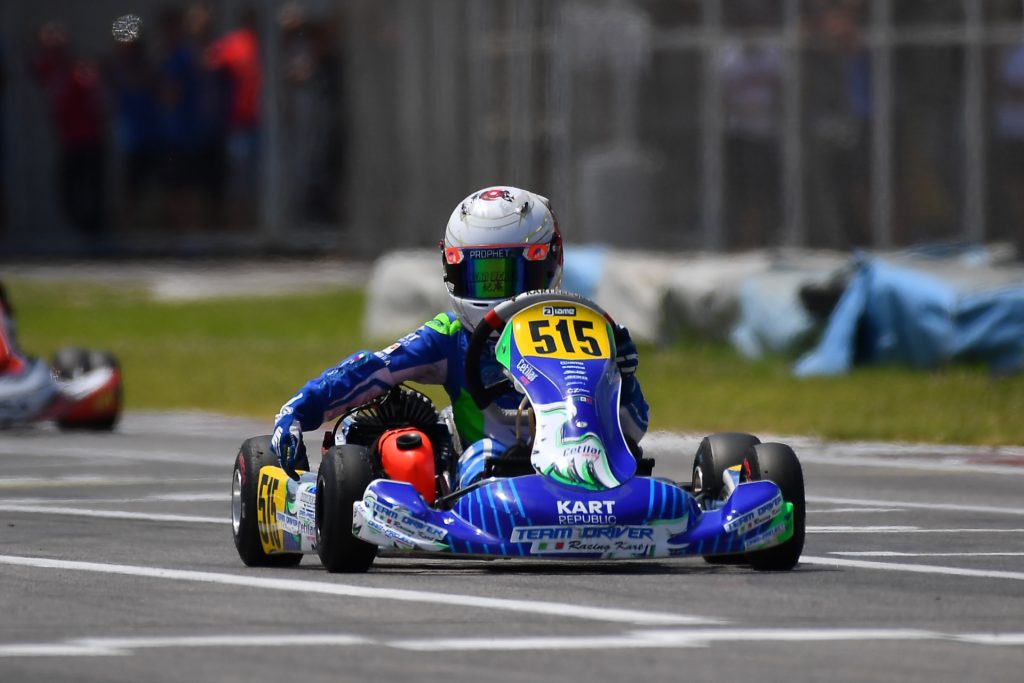 One week after securing an already-close victory at the Adria Karting Raceway, Kean Nakamura Berta (KR/IAME) did it again in the final race of the weekend at the first meeting of the WSK Euro Series, this Sunday at Sarno.

Winner of the Prefinal A, the Team Driver Racing Kart driver took the best start from pole but had to fight once again against Dmitry Matveev (Energy Corse/TM), followed by Jan Przyrowsky (Parolin/TM), both making their way past the polesitter in the opening stages. Matveev, who had strongly recovered through the heats and Prefinal after his blow in Friday’s Qualifying, led a close trio until the eight and last lap when Nakamura Berta went around the inside of the track’s hairpin and kept the door closed until the chequered flag!

Przyrowsky had to make do with third place after losing some ground in the final’s second part, followed further back by Guillaume Bouzar (Parolin/TM). The Frenchman put in a strong recovery from 13th ahead of Thijs Keeren (KR/IAME). Christian Costoya Sanabria (CRG/TM), who qualified on the front row thanks to his win in the Prefinal B, saw his Final turn into a nightmare when an engine problem first delayed his start into the warm-up lap, then an incident in the first lap with René Lammers (Parolin/TM) pushed him down the order.