The Tony Kart Racing Team hit the top 3 with three drivers in both OK and OK-Junior at the first round of Champions of the Future. Tuukka Taponen and Joseph Turney came second and third in the senior class while Harley Keeble was runner-up in Junior, last weekend at Genk. 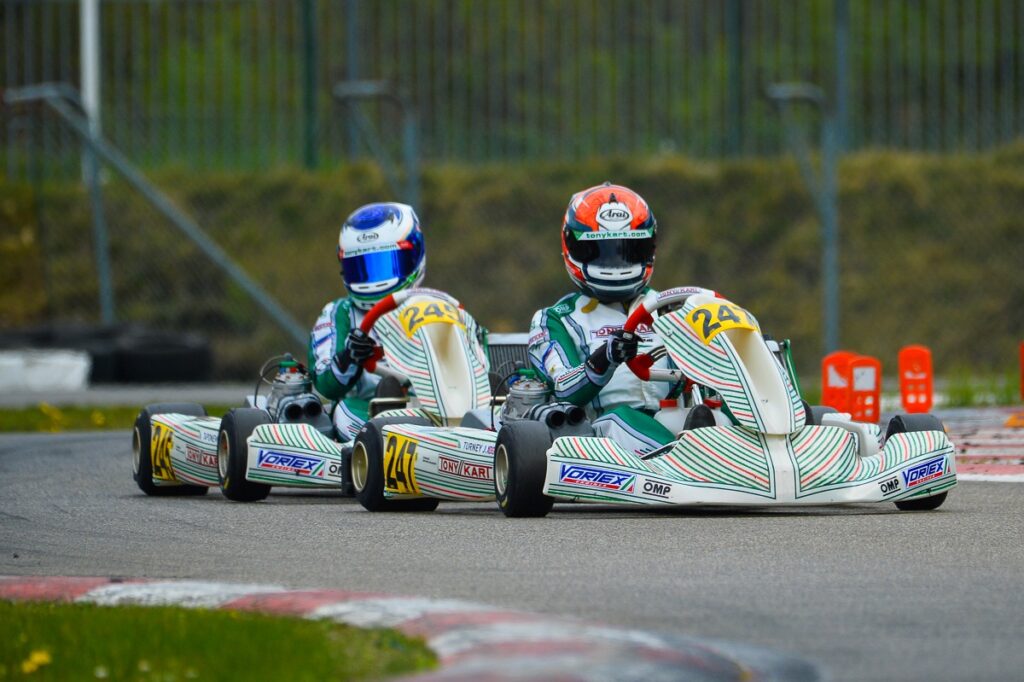 The Tony Kart Racing Team was among the protagonists for the victory during the opener of Champions of the Future, held on the Belgian track of Genk. The Tony Kart Racer 401R chassis, equipped with Vortex DST and DJT engines collected a total of three podiums in the two Finals.

In OK, Tuukka Taponen and Joseph Turney played their cards at best during the Final. Turney perfectly jumped from the first row and remained firmly close to the leader of the race, while Taponen quickly climbed from fifth to third. The final stage of the races saw Taponen taking the second spot ahead of Turney. Bruno Del Pino made several comebacks during the eliminatory heats before a stop forced him to start the Final from the last rows of the grid.

In OK-Junior, Harley Keeble continued his positive streak of results. After the podiums obtained in the first round of the WSK Euro Series and in the last round of the WSK Super Master Series, the British driver collected an excellent second place in Genk’s Final. Keeble perfectly jumped from fifth on the starting grid, threatened the winner until the chequered flag, and finished within a few tenths from the winner. In addition, he also gained two victories and a second position in the eliminatory heats.

Alexander Gubenko constantly fought in the top 20 during the whole weekend and showed great potential also during the Final. In the Qualifying Heats, he was able to collect a second position as best result. James Egozi and Jan Przyrowski also delivered strong performances with the American driver recovering six positions while the Pole scored a fast lap and a fourth position in the heats for his debut with the team.