Champions of the Future, held from 29th April to 2nd May 2021, brought some notable changes to the competition two weeks before the start of the FIA Karting European Championship – OK and Junior. The first international event of the season to be held outside Italy, the race also marked the debut of MG Tyres. While they experienced various setbacks, the two top drivers of the Birel ART Racing team showed a level of performance that was very encouraging for the rest of the season. William Macintyre finished fifth in OK-Junior while Matheus Morgatto and Tymoteusz Kucharczyk finished in the top 10 in OK. 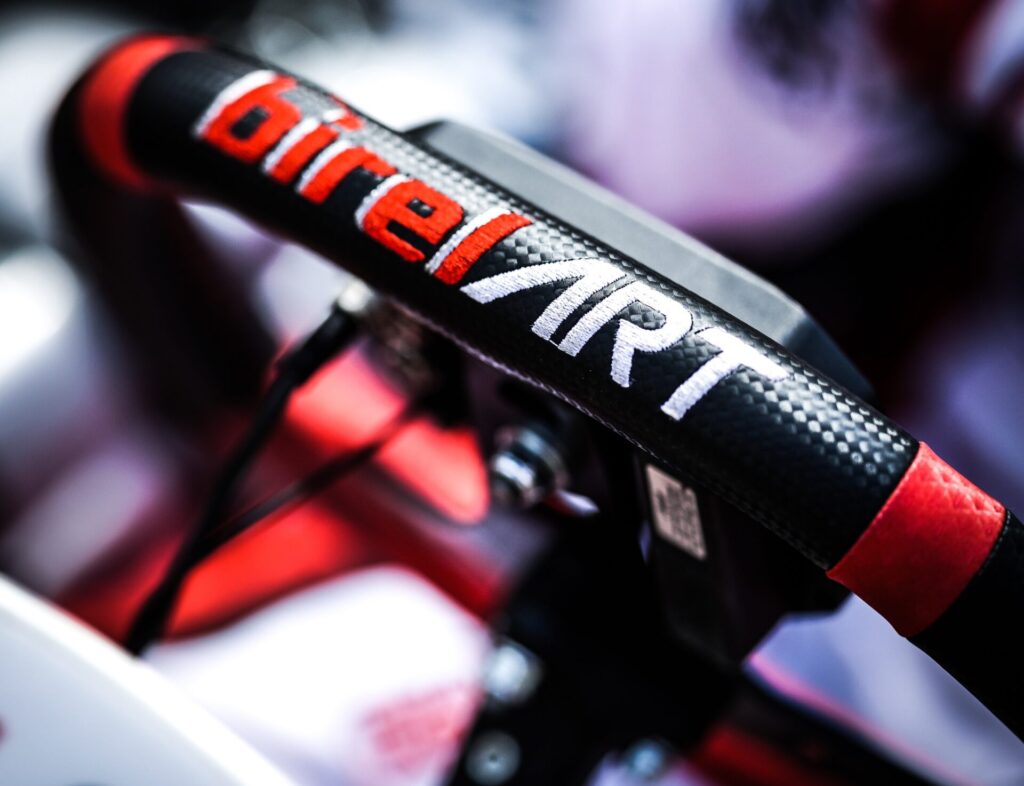 “The races were particularly tough in Belgium”, analyzed Ronni Sala, President of Birel ART, “The grip was never very high on the Genk track and we had to get the measure of the new MG tyres. The work by the team was very positive. We validated some very interesting performances in both categories in Qualifying and we confirmed this during the heats. Unfortunately, there were frequent collisions at every start and we were not spared these. Nevertheless, Morgatto crossed the OK finish line in seventh position while Kucharczyk came back to the top 10.”

“Macintyre managed to minimize the handicap of his two retirements in the heats by making a superb comeback to the Junior top five. We will learn from this weekend and arrive at the European Championship even stronger in less than two weeks with better-prepared drivers.”

William Macintyre started the weekend with very good pace, setting the 6th fastest time, first and second in the heats, as well as a fastest lap in the race. However, he had to deal with two successive retirements that relegated him to 30th position on Saturday evening. The performance of his Birel ART / TM Racing kart allowed his fighting spirit to shine through in the Final stages.

He regained 24 places between the Prefinal and the Final and managed to reach the top five, a real achievement considering the circumstances. The other Junior drivers of the Lissone team did not manage to make up enough ground to qualify.

Tymoteusz Kucharczyk, with his Robert Kubica chassis, also set the 6th fastest time in the OK class. His two second places were not enough to compensate for the consequences of his retirement at the start of Heat 1. He made up for it by regaining ten positions in the Prefinal. Once again he was delayed at the start of the Final, but this time he came back from 16th to a very creditable 10th position.

Meanwhile, Matheus Morgatto was eigth in the heats and fought hard to finish seventh in the Final. A penalty finally placed him 12th. Igor Cepil was very competitive and managed to qualify for the Prefinal in 35th position after having to give up in the first heat, but he was caught again at the start of the Final stages.