Less than three weeks before the World Championship – KZ that will take place on the same South Garda Karting circuit, the Sodi Racing Team showed an excellent level of performance in Lonato. During the last round of the WSK Euro Series, Bas Lammers confirmed his status as a top-level driver – and specialist in the discipline – by being at the forefront. After a long final battle, the Dutch driver took second place on the podium. 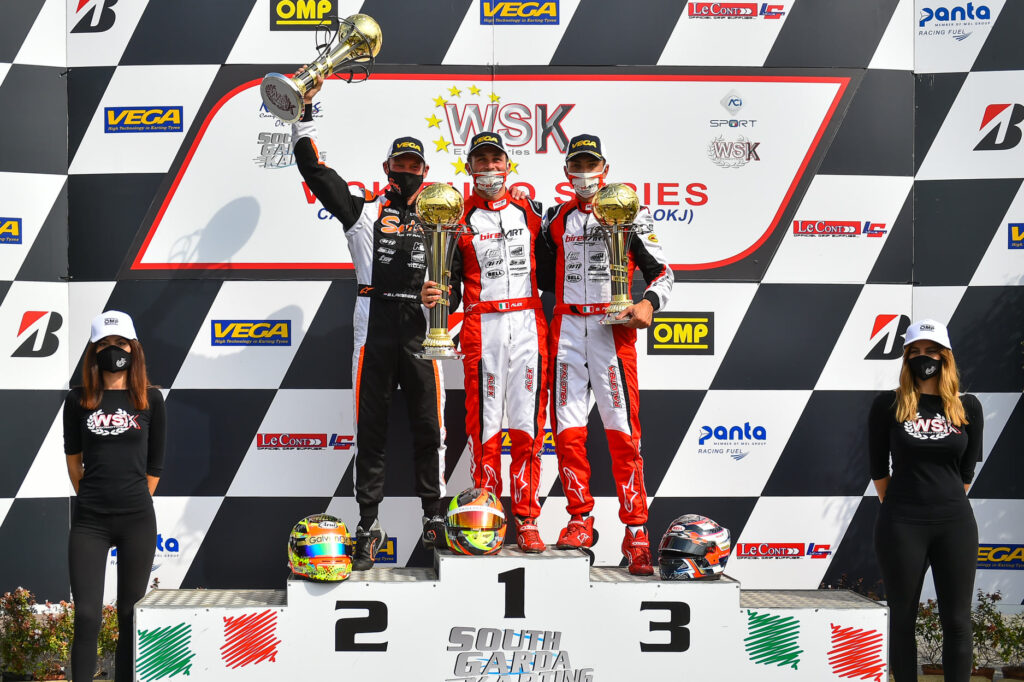 At the double meeting of the WSK Euro Series Rounds 2 and 3, the elite of world karting met for a final preparation race in KZ2 on the famous Italian track of Lonato with an exceptional line-up of 67 participants from all over the world. It is an understatement to say that the confrontation was fierce.

The official Sodikart drivers Adrien Renaudin and Bas Lammers were very competitive in the Qualifying Heats of Round 2, but several setbacks delayed them in the final stages. Renaudin was on his way to a very good result when an accident forced him to retire in the last heat and his fate was no more enviable in the Final.

Lammers regained 10 places in the heats and was 4th in the Prefinals. The Dutchman drove a magnificent Final at the wheel of an extremely competitive and fast Sodi/TM Racing kart. He quickly moved up to second place and stayed in contact with the leader throughout the race. Bas Lammers, who was able to try to overtake several times, ended up on the second step of the podium to the great satisfaction of the whole team.

In view of the performances achieved this weekend in very competitive conditions, the Sodi Racing Team is already looking like a serious contender for the KZ world title from 2nd to 4th October in Italy.

The French brand was well represented in Italy with no less than twelve karts entered in the competition. Two young drivers also competed in Lonato under the official colours of Sodikart and Trèfle Racing. In extremely competitive conditions, the Sodi chassis allowed them to continue their apprenticeship at a high level with very promising performances.

Thomas Quincé continued to develop his Sodi/TM Racing in the extremely competitive international Mini category. He got off to a good start with an excellent 12th place out of 61 participants in Round 2, and he took a very good fourth place in his last heat after having been in trouble in the first three. Round 3 didn’t start so well under the clock, but Thomas then climbed up more than 15 places before missing his Final qualification because of a spoiler penalty after having achieved the 5th fastest time in his Prefinal.

Romain Andriolo discovered the OK-Junior category by diving directly into the battle of the WSK Euro Series. His quick adaptation and fighting spirit earned him a place in both Finals. Romain notably made a superb comeback of 12 places in the Round 2 Prefinal and finished ninth with a gain of 11 places and the seventh time of his Round 3 Prefinal. He took another 10 positions in the Round 2 Final to confirm his remarkable performance for a first participation.