There was undoubtedly great anticipation for this week of races on the home track but luck at South Garda Karting was certainly not on the side of the drivers of the Leclerc By Lennox Racing Team, which took part in the two final rounds of the WSK Euro Series. 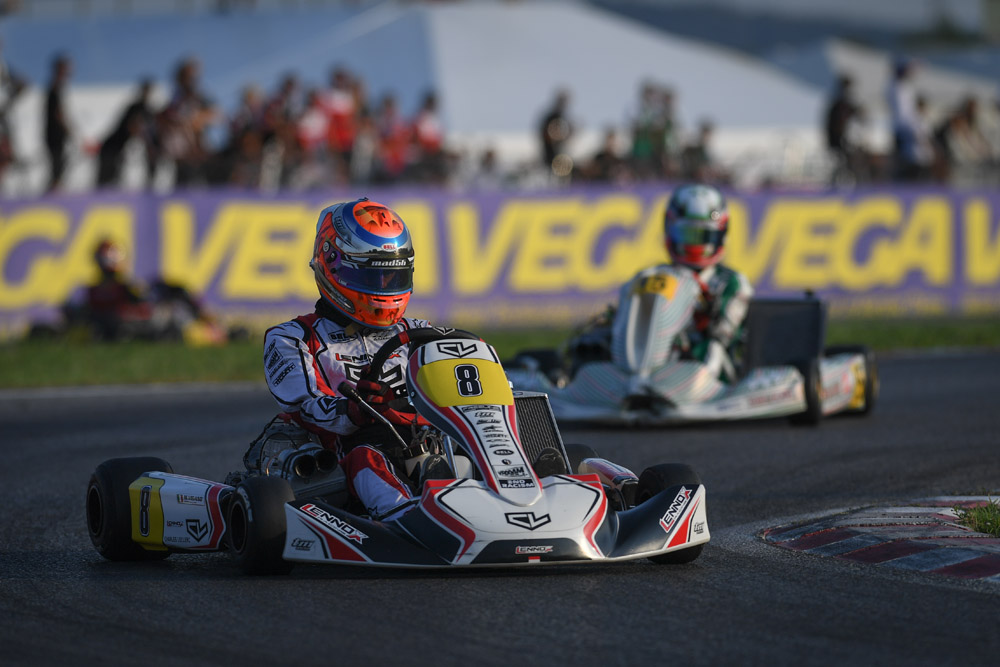 However, in the midst of this complicated week, Matteo Viganò put on quite a show in KZ2, making up for the bad luck that dogged him in recent events and providing confirmation of the excellent work carried out by the CL Karting by Birel ART – TM Racing pairing. The Italian managed a splendid podium finish in the Final of the second round, while in the one valid for the third, he brilliantly climbed 12 places to finish in the top ten.

Viktor Gustavsson, on the other hand, recorded an unsatisfactory performance, held back by two crucial episodes that saw him slip into last place after a few laps of the first Final and forced him to retire in the second. Benjamin Tornqvist also managed to qualify for both decisive races, while Luca Bosco is increasingly coming to terms with an extremely competitive category.

Unfortunately, things didn’t go any better in OK. Both Jamie Day and Laurens Van Hoepen were awarded five-second penalties in the first Final, in which Oliver Gray was unfortunately unable to make it to the finish. However, in the decisive race of the third round, Van Hoepen and Gray were embroiled in a tussle in the middle of the group, while Jamie Day was forced to retire after just a few hundred yards.

In Junior, Rafael Modonese confirmed the progress made in recent events. The young Peruvian was continuously in the top ten in all the heats, except the one in which he was awarded a penalty, and then finished second in the Prefinal valid for the third round, posting the fastest lap. Unfortunately, both he and William Macintyre were unable to cross the finish line in both decisive races, while Ivan Domingues and Enzo Deligny, making their debuts with the team, did not take part in the Finals due to being awarded penalties in both Prefinals.

The Leclerc By Lennox Racing Team sets its sights on the next upcoming event, the FIA Karting World Championship – KZ and the International Super Cup – KZ2, scheduled at South Garda Karting on the weekend of 4 October.