The last international competition of the season, the WSK Open Cup took place as a double meeting from 24th to 29th November on the Adria Karting Raceway. Very solid at the front of the Mini category, Maciej Gladysz won the series classification with a good lead over his opponents. Kai Sorensen did a great job in OK-Junior, and Rashid Al Dhaheri showed good performances. 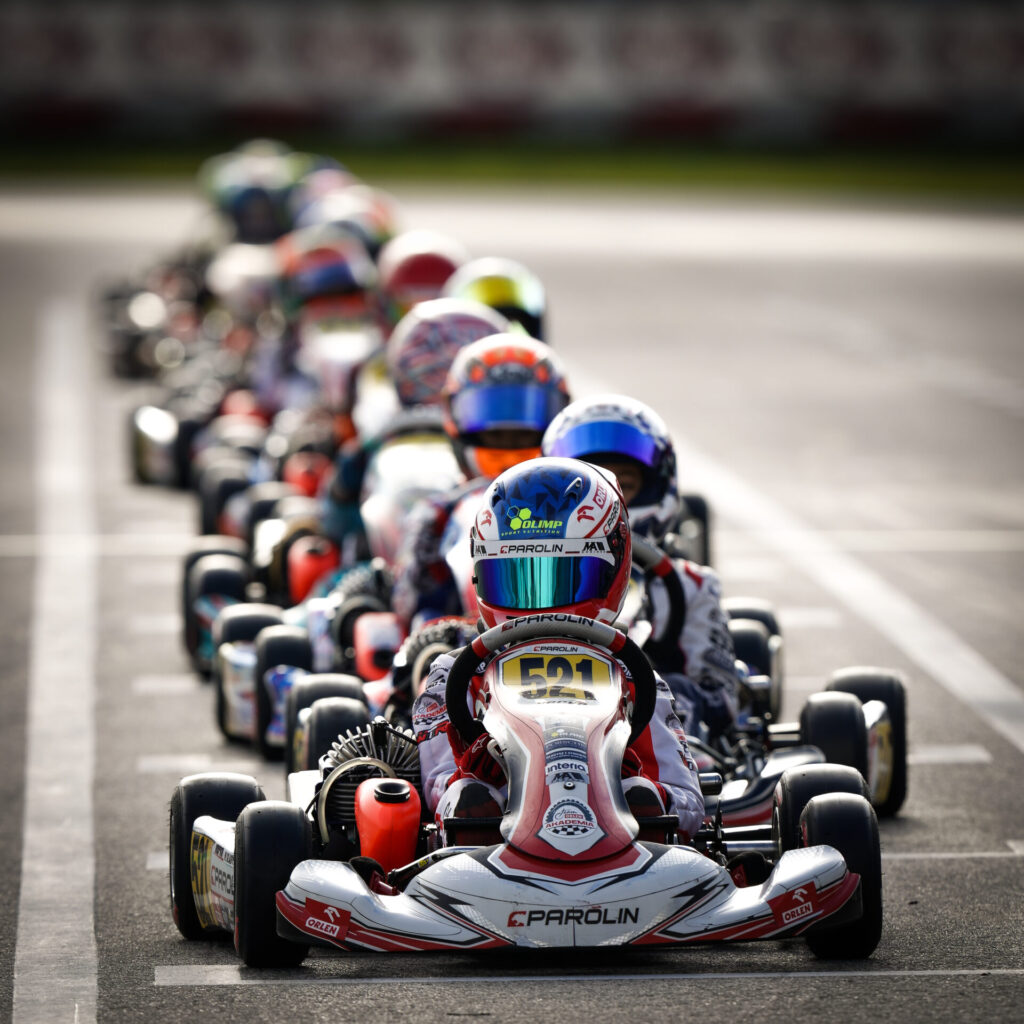 “These end-of-season competitions allow us to take some good reference points for the year to come for both the equipment and the drivers,” explained Marco Parolin. “We worked well with Lorenzo Travisanutto in OK before taking a two-month break from racing, which will be put to good use at the factory. On a personal level, the first race for the young Kai Sorensen in OK-Junior was extremely positive. Maciej Gladysz finished the year on a high note by winning the Championship in the Mini category. The outcome of this WSK Open Cup is therefore completely satisfactory for us!”

Mini: Gladysz closes the season with a title

Already third in the WSK Super Master series, and recently ranked third in the Andrea Margutti Trophy, the young Polish driver Maciej Gladysz obtained his first big international success in Adria by winning the WSK Open Cup. He first won his Prefinal and the Final of the first round after setting the fastest lap in the race, then he took pole position in the second round before finishing second in the Prefinal and securing a top five Final that guaranteed him the victory in the Championship, in front of 60 international participants.

Colombian Matias Orjuela showed serious potential when he returned to Europe at the end of the season. Seventh in the Andrea Margutti Trophy, he took 13th place in the Final of round 1 in Adria and finished 16th in the Championship. The Frenchman Hugo Martiniello discovered the category in Adria and managed to qualify for the Final of Round 2.

After a promising season in Mini, culminating in fifth position in the WSK Euro Series with the Parolin Racing Team, American Kai Sorensen discovered OK-Junior in the WSK Open Cup. Very fast, he drove some good Prefinals and even took a top five in the Final of Round 1, which brought him close to the top 10 in the classification of the series.

As usual, Rashid Al Dhaheri was competitive in OK-Junior throughout the week. He showed all his talent in the top five of the two Prefinals. Unfortunately, a penalty for overtaking under a yellow flag and a dropped spoiler didn’t allow him to get the results he was expecting in the Finals and he finished 14th in the series, although the top 10 has been well within his reach. Valerio Rinicella was one of Parolin’s assets in Adria.

He registered a progression of 10 places to 15th place in the first Final, but a clumsy move in Round 2 didn’t allow him to continue until the end. Running in the top 10 of Round 1, Giovanni Trentin performed less well in Round 2. Finally, Jesse Carrasquedo could be satisfied with his two Final qualifications which led him to the edge of the first half of the field.

In case you missed the WSK Open Cup: