McLaren Racing’s Lando Norris and Carlos Sainz spent their Thursday at the Whilton Mill karting track practicing with Dan Holland Racing, as an efficient way to physically gear up for F1’s long-awaited season start in Austria. 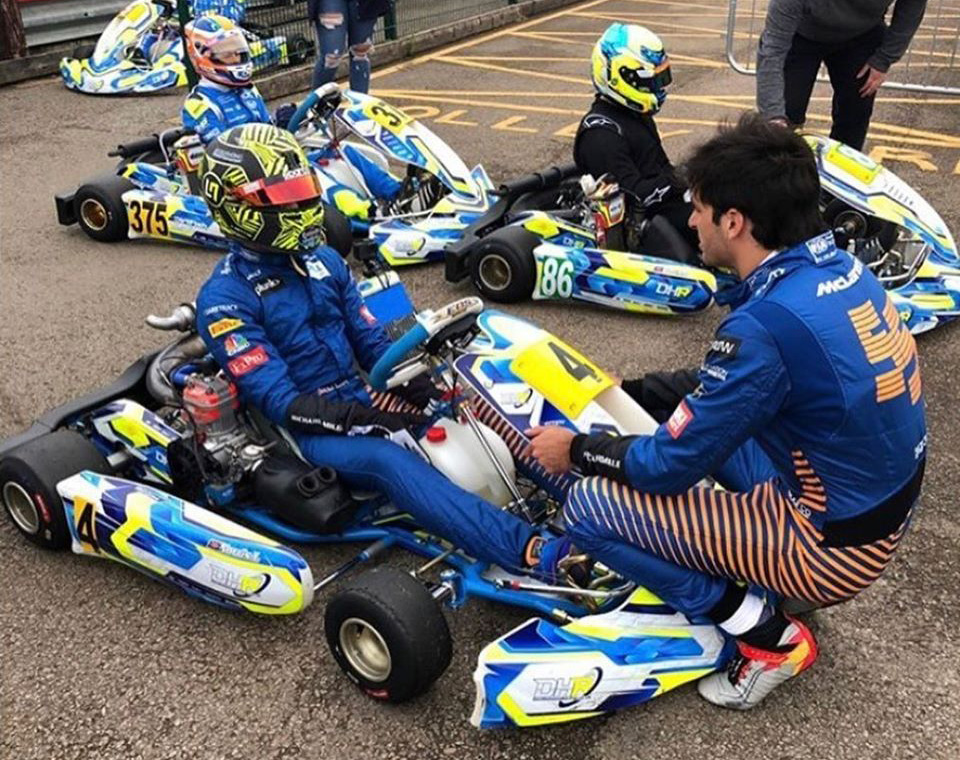 Unlike their colleagues from Scuderia Ferrari and Mercedes AMG F1, Lando Norris and Carlos Sainz won’t get the chance to drive their MCL35 before making the trip to the Red Bull Ring in early July.

As stated by F1 rulebook, any private on-track test must be conducted with two-year-old spec cars, which McLaren can’t do due to its 2019 engine switch from Honda to Renault.

Just a few days after stepping into an F3 car for a run at Silverstone with Carlin, the team with which he won the 2017 British championship, Norris took his teammate and friend Sainz to the Whilton Mill track for some karting practice.

Both spent their Thursday driving around the Northamptonshire circuit, located just 1h30 away from Woking’s McLaren Technology Center, at the wheel of IAME X30 powered-chassis provided by British team Dan Holland Racing.

On the same day, Charles Leclerc was busy lapping around South Garda Karting in his own CL16 chassis by Birel ART in partnership with Leclerc by Lennox Racing.