Less than a month before F1’s long-awaited green light in Austria, Scuderia Ferrari star Charles Leclerc returned to a racing track this Wednesday at South Garda Karting, teaming up for the first time with Lennox Racing for a day of practice at the wheel of his own branded-chassis by Birel ART. 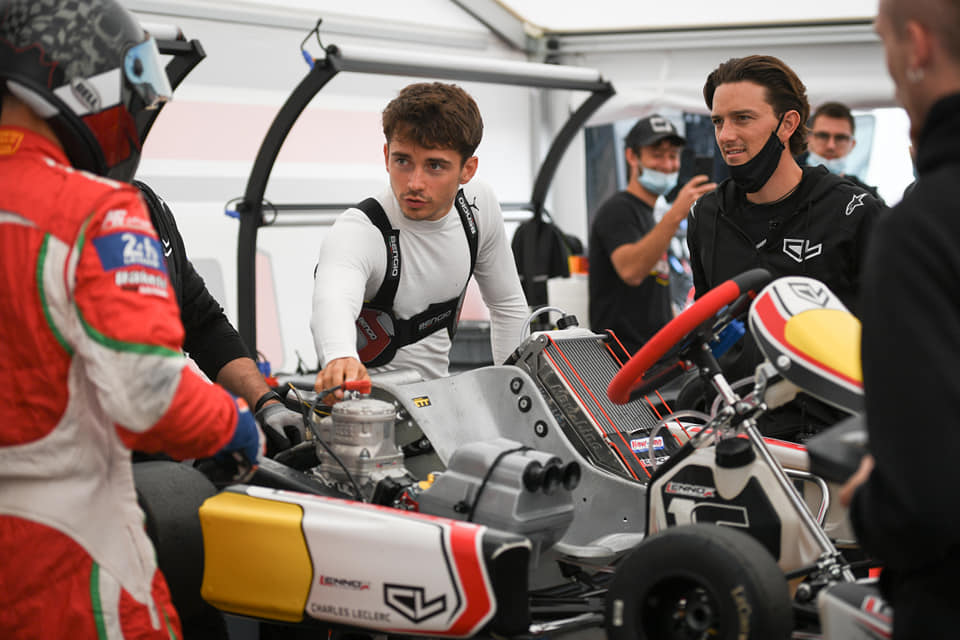 A couple of days prior to stepping back into his Ferrari SF1000 ahead of the Austrian Grand Prix, Wednesday, June 10th almost felt like “back to business” for F1 driver Charles Leclerc who switched his sim rig for the wheel of a kart at Lonato.

Not just any kart but his own CL16 produced by the Birel ART factory in partnership with the Lennox Racing Team, known since winter 2019 as Leclerc By Lennox Racing.

The Scuderia Ferrari driver enjoyed his first proper day on a race track since February 28th and the conclusion of F1 testing on the Circuit Catalunya-Barcelona.

Leclerc took to the track for a couple of stints thorough the day at the wheel of a KZ chassis powered by different TM engines, along with Lennox’s leading driver Matteo Vigano, and Antonio Fuoco, member of the Ferrari Driver Academy.

Keen to share the experience with his fans online, Leclerc streamed some of his on-track sessions on his Twitch channel and is likely to do so again on Thursday for his second day of practice.