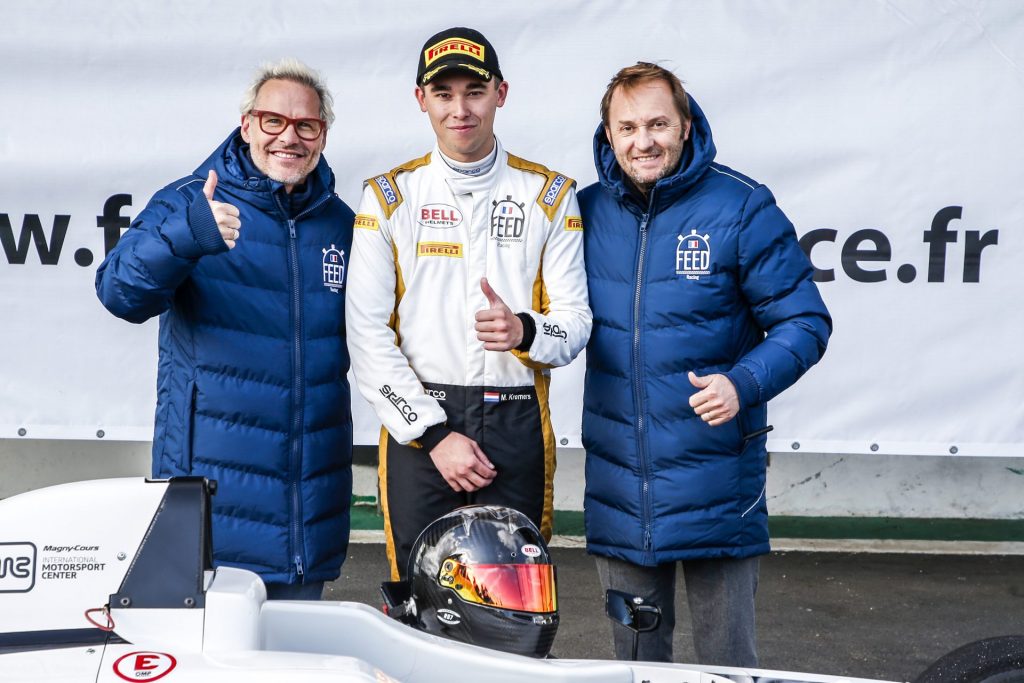 The first edition of the FEED Racing Driver Detection Program, created earlier this year by former French driver Patrick Lemarié, previously seen test driving for the BAR F1 Team, and 1997 F1 World Champion Jacques Villeneuve, reached its conclusion this Tuesday on the Circuit of Magny-Cours, host of the French Grand Prix from 1991 to 2008.

Out of the 40 candidates who entered the first running day of the Program back in April, only six were left fighting for one price at the wheel of Mygale-built F4 single-seater cars: a fully-paid 2020 season in the British F4 Championship with Carlin Motorsport!

As all the previous qualifying days were run on the shorter ‘Club’ Circuit of Magny-Cours, the drivers got their first taste of the 4.4 kilometer-track on Monday where mixed conditions made their running somewhat trickier.

For the Final, the weather was again cold in the morning before improving in the afternoon for the last showdown made of several rounds, each time between two drivers running against the clock during a series of laps.

Out of five attempts, the three best performances were kept and their average would decide the fastest of the two competitors going to the next stage. At the end of a final round where gaps were again very tight, Marijn Kremers came out victorious against another well-known driver from karting, the Frenchman Etienne Cheli.

Winner of the B Final, Alexis Giroud ended his adventure with FEED Racing on a high note, climbing on the third step of the final podium! Prior to his participation in the Program, the 20-year-old Frenchman’s racing experience only consisted of driving leisure go-karts for the past one year and a half!

His countryman Dorian Cazals, 16, finished in fourth place ahead of the two times Karting Champion of Ukraine Ivan Peklin, 17, and another Frenchman Timothy Peisselon, 18.

Categories: Karting, News, From Karting to...