In an exclusive talk, newly-crowded KZ World Champion Marijn Kremers tells us more about his first experience behind the wheel of a single-seater car as part of the ‘Feed Racing’ Driver Program in France. In the wake of his title with Birel ART at Lonato, the young Dutchman successfully qualified for the Final of the challenge to be run on November 12th with one price at stake: a full-paid season in British F4 with Carlin Motorsport! 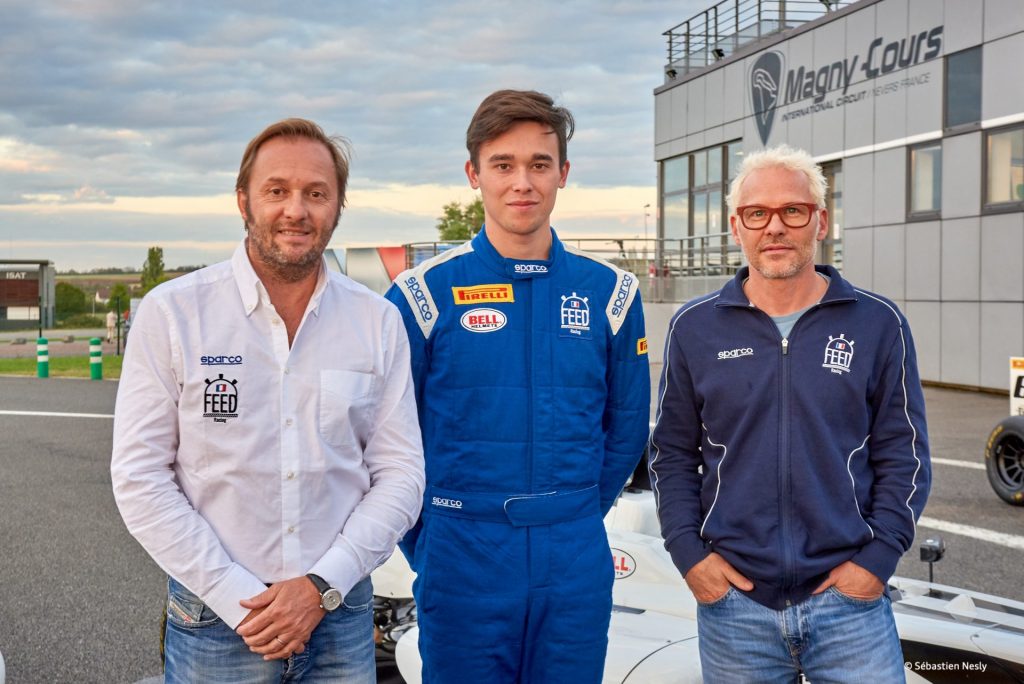 These last couple of weeks have been rather hectic for 21-year-old Marijn Kremers. On September 22nd at South Garda, Italy, he defeated the best karting drivers in the world to clinch the World Championship title in the KZ category, the first major crown of his promising career.

A handful of days later, as the excitement of the Lonato achievement was still resonating, the Dutchman traveled to the Nièvre region, in the middle of France, where another equally-thrilling challenge awaited him. This time, not behind the wheel of a go-kart but in the cockpit of a racing car.

What car? A Mygale Formula 4 single-seater. Where? The Magny-Cours Club Circuit next to the track that hosted the F1 French Grand Prix between 1991 and 2008. To do what? Taking part in the quarter and semi-finals of the ‘Feed Racing’ driver detection program. What is it? The new apprenticeship ‘searching for future motorsport talents’ created earlier this year by Patrick Lemarié, 2001 ELMS Champion and former F1 test driver for BAR, and Jacques Villeneuve, former Indy 500 Winner and crowned F1 World Champion back in 1997 with Williams-Renault.

Marijn’s first taste behind the wheel of the Mygale F4 took place in April on the 2530 meter-long circuit (see below). “The first time I drove the car, it was exciting and fun but the main thing that surprised me was how slow it actually goes,” he recalls. “Obviously, you go faster than in a go-kart but you don’t feel like it because you’re a bit higher from the ground in a bigger and wider car. When you’re used to driving KZ karts in Lonato, for instance, when you get to drive an F4 or F3 on a big track like that, it feels slow. So there’s lots of time to think about lots of things that you don’t have time to think about in a kart.”

“In terms of power management, it wasn’t too difficult when you’re used to KZ karts. It’s pretty much similar in corners where you don’t really have wheel spin unless you drive in the rain. For the braking part, you have to push the pedal a bit harder like in any car but it’s something you easily get used to.”

“I was selected to participate in the quarter-finals that were run on a dry track and I ended up being the quickest,” tells the Dutchman. “The semi-finals were on a wet track but, again, I was the quickest of all! Then, the circuit dried up in the afternoon, so we had to wait to make sure that it was as fast as possible for everybody. I ended up second-best overall, so that was a good run. On both dry and wet, I felt comfortable with the car and it was fun.”

The reference-time was set by Ivan Peklin, a 17-year-old Ukrainian that Kremers knows well as they both drive for the Birel ART Racing Team in karting. The two were split by just a tiny gap at the end of a session where the drivers were so close timing-wise that the organizers allowed for a sixth name to join the best five for the final step.

“Straight away since the beginning of the Program, the level was high and kept progressing,” Marijn acknowledges. “There’s a lot of good drivers and only the five-fastest are kept for the Final. I think we can all go very quick on one lap but they’ll take the average time of your sessions. So, you’ll basically have five laps and they’ll keep three out of those. The average time is the one that counts. So, you can be quicker on one lap but if you make a mistake on the next, you won’t win. That’s the good thing about ‘Feed Racing’. Other programs tend to apply a more ‘shoot out’-like method with the quickest over one lap.”

The final two days of the challenge will take place on November 11th and 12th again in Magny-Cours but, this time, on a slightly different kind of layout. “The Final will be on the F1 track”, confirms Marijn. “That’s up to each driver to prepare himself beforehand. If you have a simulator at home, you can do your own laps. But we’ll have two days in total. November 11th will be about testing and learning the track before the actual Final the day after. So, there should be no excuse for not knowing the track as well as the other drivers.”

How would you describe the Program’s approach towards drivers? “It’s good. They provide two coaches at the track watching every session and every driver and they always come back with tips and useful things that maybe you can improve upon. So, even for those that are inexperienced with cars, ‘Feed Racing’ provides lots of coaching. Even before we came to the Qualifying stage, we had three days of driving. That’s very helpful.”

Still, the ‘Feed Racing’ internship doesn’t function as a full course where each driver is entirely managed when it comes to physical or mental training. An aspect that the 2019 KZ World Champion feels naturally comfortable with due to his already long career in international karting. “It definitely helps in terms of physical preparation. If you talk to F1 drivers like Max [Verstappen], George [Russell] or Charles [Leclerc], they’ll tell you all how much they like to come back to karting because that’s the easiest way to train all the right muscles.”

And what is it like to be coached by the 1997 F1 World Champion Jacques Villeneuve? “He’s a funny guy, very relaxed. He doesn’t put too much pressure on you but just wants you to do the best you can!”

Categories: Karting, Special, From Karting to...