2019 will be remembered as a fruitful season for the Lithuanian driver Kajus Siksnelis who clinched the title for his second participation in the FIA Karting Academy Trophy while finishing third of the World Junior Championship with the Ward Racing Team. In an exclusive talk, the driver from Vilnius looks back on a positive year before stepping up to the OK class in 2020. 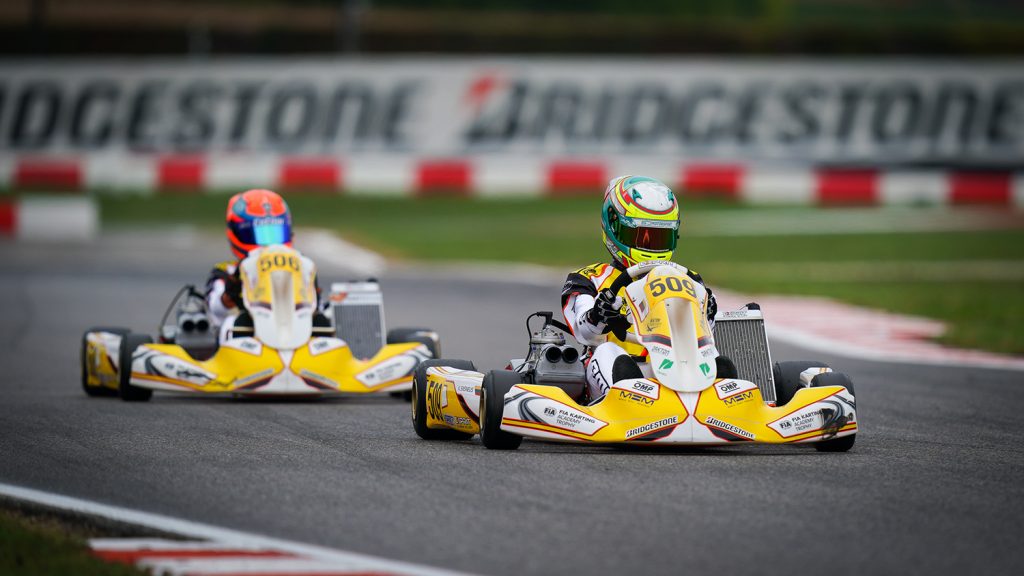 Lonato, Sunday, September 22nd, end of the afternoon. When he crosses the finish line in second position of the final race of the season, Kajus Siksnelis knows he’s done enough to claim the 10th title in the Academy Trophy’s history. Still, the young Lithuanian confesses today that his feelings were rather mixed once stepping out of his Exprit-Vortex go-kart in the ‘Parc Fermé’ of the South Garda circuit. “I felt satisfied because I did my best, even though I would have preferred to win the race. Still, the feeling was great although winning the title was a real big surprise for me after the troubles I went through during the first race in Wackersdorf.”

The FIA Karting Academy Trophy had indeed started on the wrong foot for Kajus at the opening round in Germany where he only collected two points after a troublesome weekend run in changing track conditions. But the following two races unfolded in much positive fashion as he reached the runner-up rank in both the provisional heat standings and Finals. Consistency was eventually the key-element to Siksnelis winning-campaign, in the same way that the Dutchman Jorrit Pex clinched the last two KZ European titles with no final victories to his tally.

“I could have won against Christian [Ho, winner in Lonato, ed.] but, for that, I would have needed a better start [he went from second to fifth in the opening lap before recovering until he overtook Maxwell Dodds for P2, four laps from the flag, ed.]. But it was really hard, he was very fast. I was familiar with the Lonato circuit that I like very much but everybody knows it, so the overall pace is very high and that’s the real challenge.”

Aside from the Academy’s three rounds, Siksnelis had a busy year competing in some of the events of the WSK calendar as well as in the FIA Karting European Championship where he defended the colors of the Ward Racing Team. “The European Championship was hard for me this year but I still managed to step on my first podium [third, ed.] in OK-Junior at Kristianstad.”

A best-season result that he would later repeat, this time at the World Junior Championship run in another Scandinavian country, Finland, on the Alahärmä Power Park Circuit. “I had a good start of the weekend, the pace was there but I didn’t do my best in Qualifying. So, I had to start each of my heats from sixth place, on the outside of the grid, which didn’t help. Sometimes, it was ok but I did a few mistakes. But the result is there and I hope to repeat it next year in the Senior class”, he said after the race.

The next logical step for the young Lithuanian is indeed to enter the OK class from 2020, again with Ward Racing with which he’s been competing since the end of 2018. “The Academy race in Lonato was the last one for me in OK-Junior. I can’t say much yet about my program but I’ll go certainly for the European and World Championships in OK as well as the entire WSK program. That’s another step in my career and I’ll try to do my best. I feel really comfortable with Ward Racing that has lots of good drivers and mechanics.”