The FIA Karting European Championship – OK/Junior ended on a convincing performance for the Kosmic Kart Racing Department. Drivers in both categories felt immediately at ease on the Pro Kart Raceland of Wackersdorf, also thanks to the quality offered by Kosmic’s material. 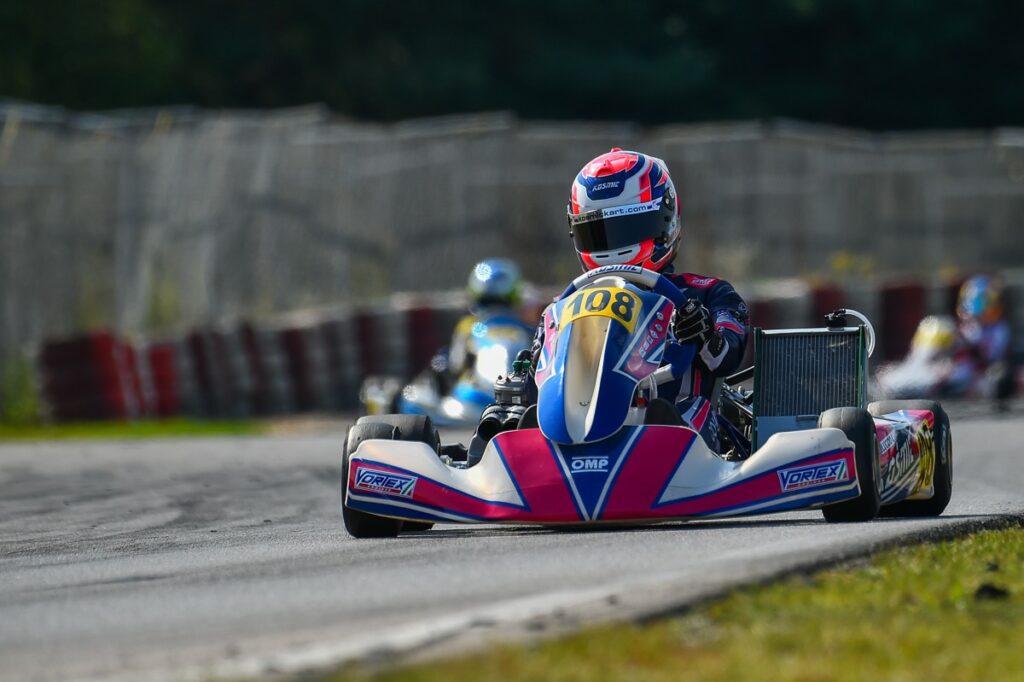 The icing on the cake at the last round of the European Championship was the result obtained by Luigi Coluccio who finally managed to deliver his full potential in the OK class. The Italian made the most of the speed of the OTK Kart Group package from the qualifying practices.

He posted the best lap in his group before reaching the rankings’ second spot in the Qualifying Heats, thanks to two victories, a third and a fourth position, along with two best laps. He concluded the Final in fourth place after finding his pace and recovering positions.

Good performances also in Junior. Ean Eyckmans started his weekend on the right foot with the third-best lap in the fourth qualifying session, followed by two third places in the heats, despite a penalty. A race event influenced Alexander Gubenko’s weekend who still played a leading role in the Final with a fantastic comeback of 10 positions.

The Kosmic Kart Racing Department is already back on track this week for the two decisive rounds of the WSK Euro Series at South Garda Karting.