The Tony Kart Racing Team ended third of the Junior Final with Harley Keeble in the last round of the FIA Karting European Championship, last weekend at the Pro Kart Raceland of Wackersdorf. 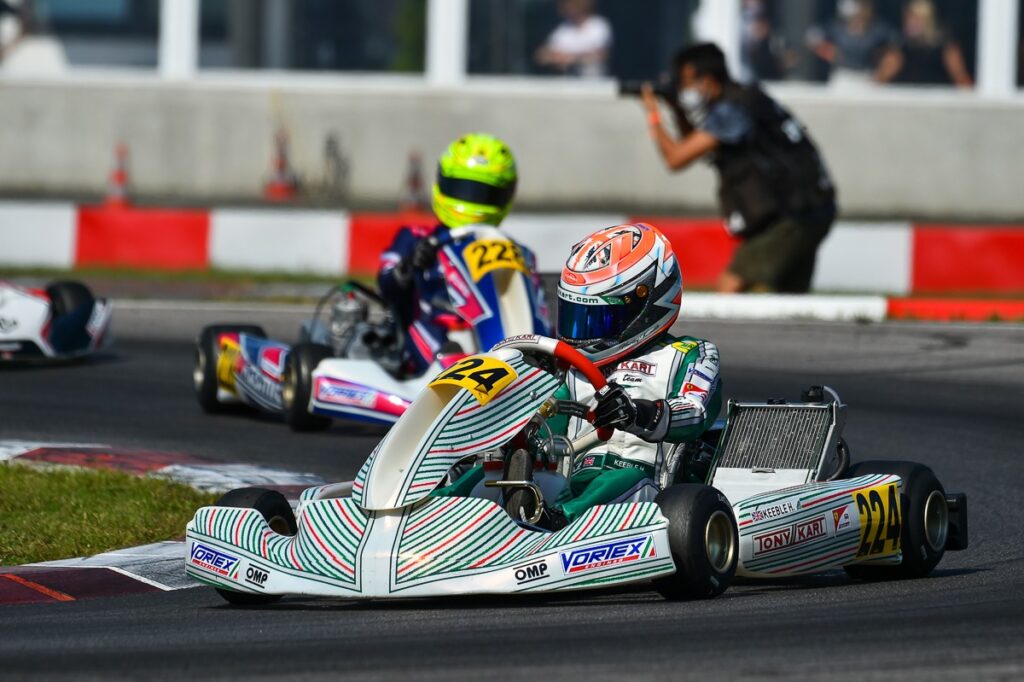 The weekend at the Pro Kart Raceland of Wackersdorf, in Germany, ended with a podium for Harley Keeble in the Junior Final. Joseph Turney and Tuukka Taponen reached the overall third position in OK and Junior respectively. Such results are the outcome of the great reliability and the ease of use of Tony Kart’s material and another proof of the top-quality work carried out during the season.

The starting grid of the Junior Final, with six Tony Kart drivers in the first eight positions, proved the excellent performance carried out by the Racing Team all weekend. For Harley Keeble, rookie this year in the class, the podium conquered in the decisive race is a further goal achieved after three victories and a best lap in the Qualifying Heats. Karol Pasiewicz took three best laps in total, including one in the Final, where he ended in fifth position.

Great result for Bruno Del Pino in seventh, and Aiden Neate, ninth. The latter was always in the top ten also in the Heats with a second and three third places. Alfio Spina, author of two best laps, carried out an amazing comeback of 10 positions in the Final, ending tenth ahead of Maxim Rehm, who made a great deal of progress this weekend, scoring two victories and a third position in the heats.

In OK, Joseph Turney reached the third position in the championship thanks to his constancy showed throughout the whole weekend, ended with a top ten in Final. For the Englishman, the results gained in the heats, run in one day only, were a second, a third and two fourth places. Callum Bradshaw’s debut in the team was also positive. He immediately got in tune with the OTK Kart Group package and managed to enter the top ten in all four Qualifying Heats.

The FIA Karting European Championship now over, the Tony Kart Racing Team is looking forward to taking part in the last two rounds of the WSK Euro Series in the KZ2, OK, Junior and Mini 60 classes, scheduled this weekend at the South Garda Karting of Lonato.