12 months after claiming victory in the Junior class, Oliver Bearman (KR-Sport) made it two in a row at the IAME Winter Cup, this time on top of the X30 Senior field! Last year’s winner Dean MacDonald (Strawberry Racing) took second position ahead of the Spaniard Daniel Nogales (Kart Republic Spain) completing the podium of the opening event of the 2020 IAME X30 Euro Series’ calendar at the Internacional Kartodromo Lucas Guerrero of Valencia. 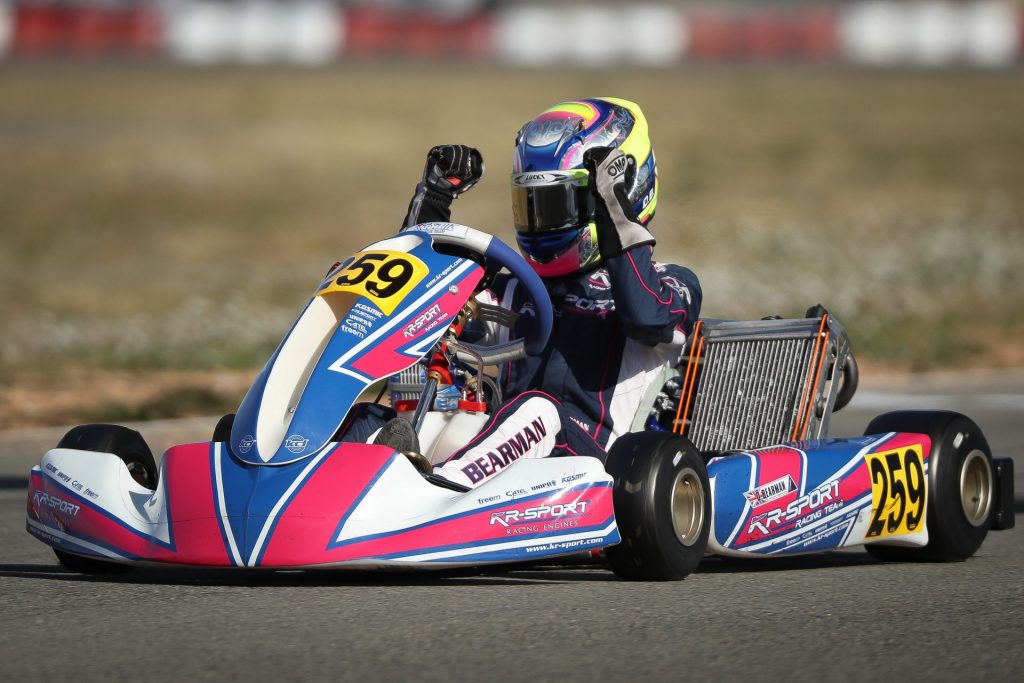 Oliver Bearman (KR-Sport) certainly didn’t miss his debut in the X30 Senior class by claiming his second consecutive victory at the IAME Winter Cup, becoming the first driver to achieve back-to-back wins in the event in two different categories after his Junior success of 2019. Last year’s Senior victor Dean MacDonald (Strawberry Racing) recovered well from outside the Top Ten after the heats to grab the Final’s second place ahead of the Spaniard Daniel Nogales (Kart Republic Spain) who stepped on the podium in front of his home crowd.

The battle, ignited during the heats, between Bearman and Callum Bradshaw (Fusion Motorsport) raged again at the Final’s start when the latter took an early lead at turn 1 in front of his rival, sitting on pole position after his win in the morning’s Prefinal. Author of a strong start, MacDonald stepped ahead for a brief moment before falling back to fourth after two eventful opening laps.

Running in second, Bearman launched his attack on Bradshaw on Lap 2 but lost ground down to fourth in the process, allowing MacDonald to find his way back to the top, followed by Bradshaw and a charging Alejandro Lahoz (Kart Republic Spain). By Lap 4, Bearman was back in contention and successively overtook Lahoz and Bradshaw up to second place before going past MacDonald again for the leading spot.

While the KR-Sport driver pulled away, Bradshaw and MacDonald found themselves battling for the podium’s second step while containing Tyler Read (Argenti) and Nogales. The fight ended badly for Bradshaw when a contact precipitated his retirement a few laps from the end. Upfront, Bearman was left with no opposition and secured his second consecutive victory in Valencia’s IAME Winter Cup ahead of MacDonald and Nogales, followed by Read and Lahoz completing the Top Five.

Find here the full classification of the X30 Senior Final.