Exprit Kart finished in the OK top 10 and collected an OK-Junior podium at the opening round of Champions of the Future, held last weekend on the International Karting Genk. 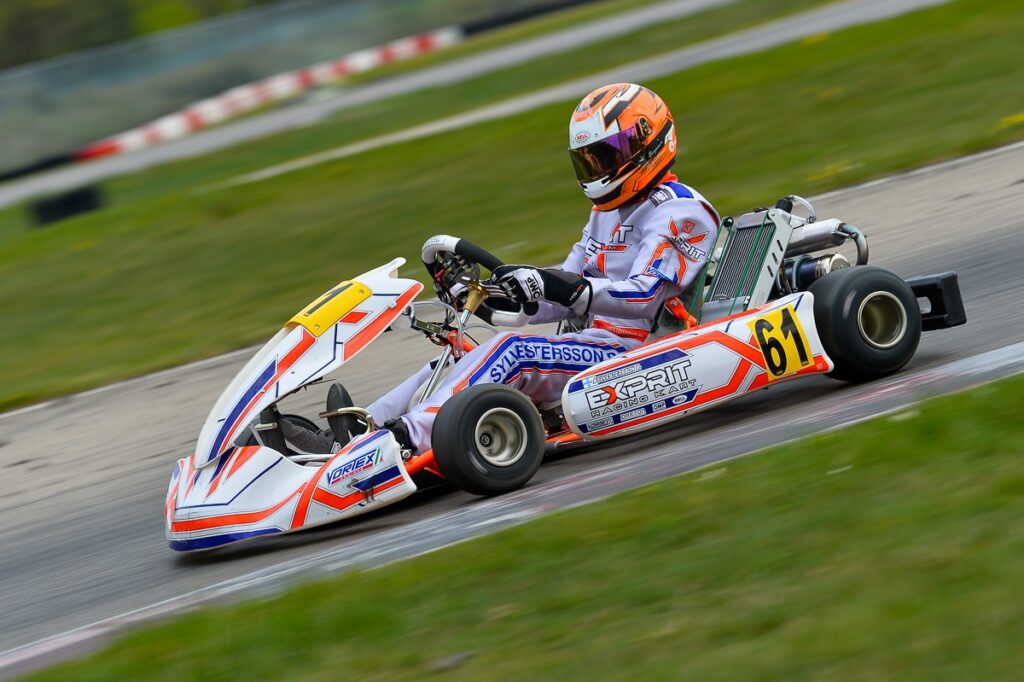 Positive trend for the Exprit Racing Team at the first race of the 2021 Champions of the Future series, last weekend on the Belgian track of Genk. The Exprit Noesis R, with the Vortex DST (OK) and DJT (OKJ) engines, did their best in the OK and OK-Junior categories, obtaining a positive top 10.

After his recent debut with Exprit at the WSK Super Master Series, Edoardo Ludovico Villa was fast throughout the weekend. The Italian driver played all his cards in the Pre-Final with a comeback of not less than 16 positions (second-best “climber” of the race) up to the top 10. In the final race of the weekend, he was able to face his rivals with much experience, finishing eighth.

In OK-Junior, Reno Francot attended his first event as Exprit’s official driver. The young Dutchman wondered with an excellent series of results during the eliminatory heats where he obtains a third, two fourth and a fifth position. A collision in the Pre-final forced him to jump from the last rows in the Final where he climbed 11 positions up to the top 15.

Oscar Wurz‘s performance over the weekend improved by nine places both in the Qualifying Heats. A result that gave him the chance to enter Sunday’s Final. The two Finnish drivers Alvar Siimesvaara and Benjamin Sylvestersson, recorded some interesting results and several recoveries, in a growth context and familiarization with the material.

In OK-Junior, an Exprit Kart chassis ended on the Final’s podium with the Brit Sonny Smith, finishing third following a three-position recovery.

Belgium will still be the Exprit Racing Team’s house for the next two weeks with the opener of the 2021 FIA Karting European Championship, from May 13th to 16th.