Ugo Ugochukwu won the last OK-Junior Final of the WSK Super Master Series at the Adria Karting Raceway on Sunday, July 5th. While the American achieved an impeccable performance, the Italian Alfio Spina and Arvid Lindblad completed a triple podium for Kart Republic, coupled with the 2020 title for the British driver! 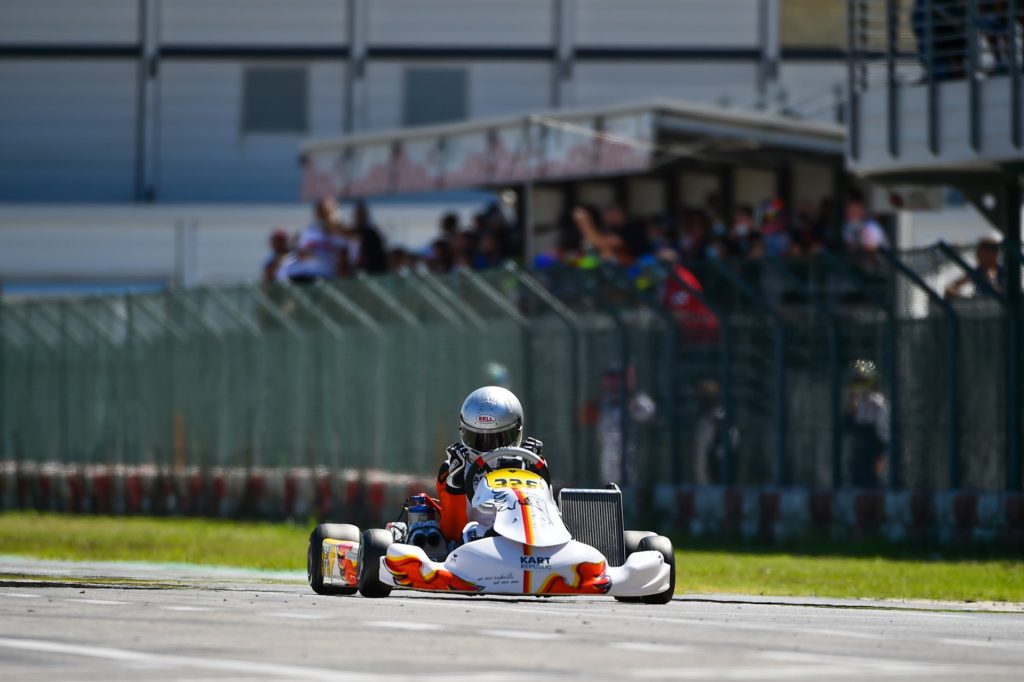 Ugo Ugochukwu (/KR/IAME) won the closing Junior race of the week on the Adria Karting Raceway. Winner of the Prefinal A, the American made good use of his pole position and remained in the lead during most of the race, taking his first OK-Junior victory for his debut under the colors of Kart Republic.

The success was full on Sunday for Kart Republic with the second place of Alfio Spina (KR/IAME), completed by the third position by Arvid Lindblad (KR/IAME), winner of the Prefinal and awarded the WSK Super Master Series title.

The Pole Tymoteusz Kucharczyk (RK/TM) ended up in fourth position ahead of Miron Pingasov (KR/IAME), who recovered ten places throughout the Final, and Maxwell Dodds (Parolin/TM).

Next event in the international karting calendar: the opening round of the WSK Euro Series, from July 8th to 12th, on the Circuito Internazionale Napoli in Sarno.

All previous reports on the WSK Super Master Series are available here!