Giuseppe Palomba achieved his second consecutive victory in two weeks at South Garda by winning the KZ2 Final at the Second Round of the WSK Super Master Series. Seven days after the Winter Cup, the Italian driver offered Birel ART another dominant success, completed by Alessandro Irlando’s third place behind Fabian Federer celebrating his first international podium of 2020. 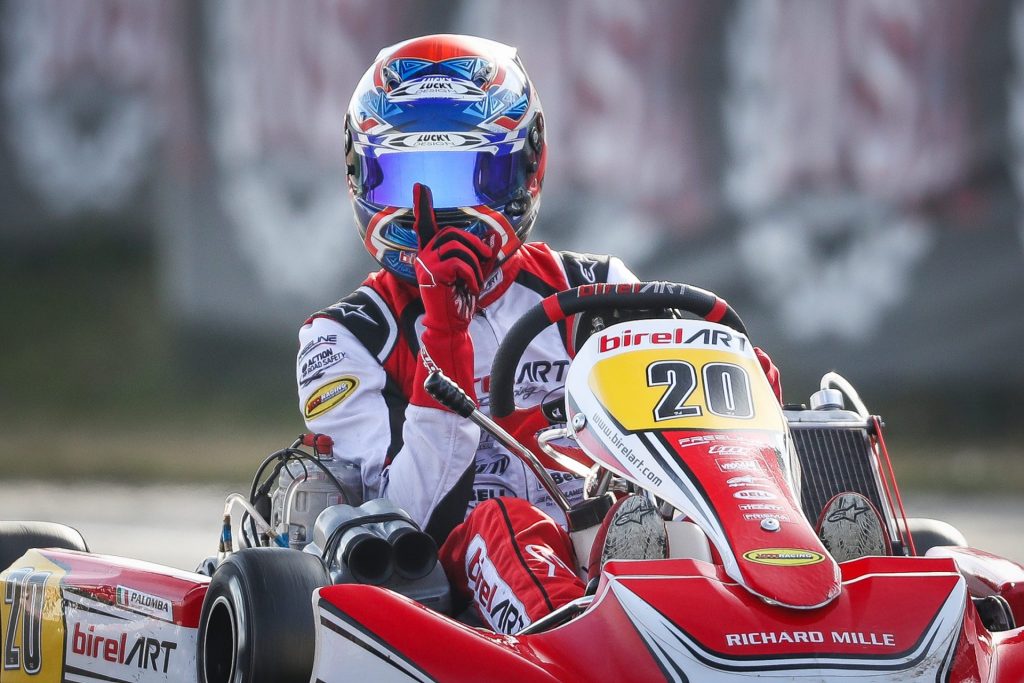 The final and most important race of the shifter class required two starting procedures, this Sunday afternoon at South Garda Karting. The 34 finalists had just been released for 21 laps when a double incident in the first sector of the opening round prompted Officials to interrupt all track proceedings with the red flag.

While Alessandro Irlando (Birel ART/TM), winner of the Prefinal B, had taken the best start from the front row with Jérémy Iglésias (Formula K/TM) on his tail, the polesitter Giuseppe Palomba (Birel ART/TM) got involved in an early contact with Fabian Federer (Maranello/TM), followed by another incident between three drivers, including Marco Tormen (Praga/TM) who was forced to retire.

Once the track was cleared and the grid put back together, the second start saw once again Irlando lead the field into Turn n°1 but Palomba was quick to respond and overtook his teammate. Lap by lap, the Italian built a gap from the chasing pack where Irlando was left defending against Iglésias, Douglas Lundberg (Lenzokart/TM) and a charging Federer.

The latter moved up to second place midway through the event but could not come back on Palomba who crossed the finish line 1.2 seconds before the Maranello driver. Irlando secured the podium’s third step ahead of Lundberg and Iglésias. Further back, Riccardo Longhi (Birel ART/TM) recovered from 24th to eight place and was classified 10th due to a front fairing penalty.

In the provisional standings, Palomba leads with 107 points ahead of Irlando (80) and Federer (79). The next appearance of the KZ2 class in the WSK Super Master Series will take place at the Circuito Internazionale Napoli of Sarno, from March 19th to 22nd.