A lot of positive feedback and valuable experience are what Team Leclerc by Lennox Racing takes home from its debut race at the Adria Karting Raceway, in Round 1 of the WSK Super Master Series. The final results were not exactly what they expected but there were plenty of positive aspects: the familiarity with the Charles Leclerc by Birel chassis and the TM Racing engines will increase over time, as will the understanding in such a young team, with several drivers having recently joined the group. 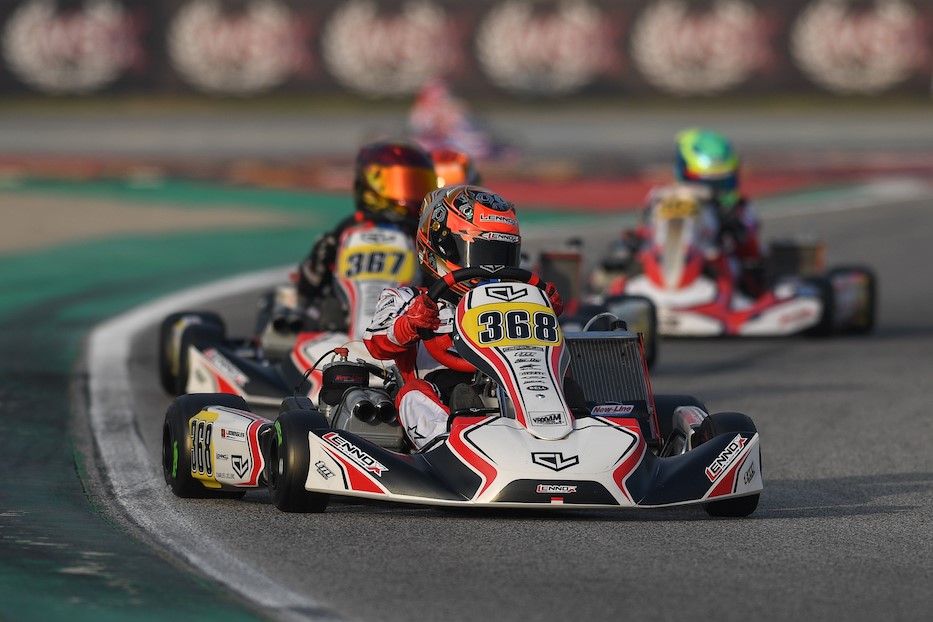 “In the end, it was a positive weekend overall,” commented Jordon Lennox-Lamb, Team Manager. “We didn’t manage to achieve the result we were aiming for, but the speed we attained at the end of the weekend is encouraging and that’s an excellent starting point. Our drivers found themselves facing opponents who had already taken part in a race on this track and starting from the back in the Qualifying Heats complicated matters. In any event, I saw progress on the part of everyone and some drivers gave their best performances on the very last day.”

In OK-Junior, both Ivan Domingues and Rafael Modonese improved their positions several times during the Qualifying Heats, battling tenaciously with the rest of the group. Unfortunately, life in the middle of a tussle increased the risk of accidents and penalties: Domingues was stopped by a technical problem both in the Prefinal and in Final B, meaning he was unable to improve further.

Rafael Modonese was also forced to retire in the Prefinal but redeemed himself in Final B by recording the fastest time, keeping pace with his colleagues in the Final. Platon Kostin, undoubtedly the least experienced driver of the three, also made great strides and had an excellent Prefinal, pulling off some interesting lap times.

The result in OK also failed to reflect the potential of both drivers. In the Heats, Jamie Day managed to put together some impressive comebacks from the middle of the pack, but once again the circumstances during the race didn’t help him during the rest of the weekend. The situation was different for Oliver Gray, a driver hailing from X30 and, therefore, in need of more time to adapt to the new class and tracks.

“Despite the episodes in the races that prevented us from lining up for the Finals, which we felt were absolutely within our reach, we’re nevertheless satisfied with the level of speed we managed to achieve,” Lennox-Lamb continued. “Now that we have a solid base to work from, the goal is to start next weekend at the same levels as we finished this one at Adria, in order to give it our all and record a set of results in line with our expectations.”

The next test for Team Leclerc by Lennox Racing is the Winter Cup in Lonato, scheduled in two weeks’ time. KZ2 will also be taking part for the first time.