The Tony Kart Racing Team is approaching the Second Round of the WSK Open Cup, this weekend at the Sette Laghi Circuit of Castelletto di Branduzzo, with confidence following the excellent performances shown by its chassis powered by Vortex in the previous meeting at Lonato. 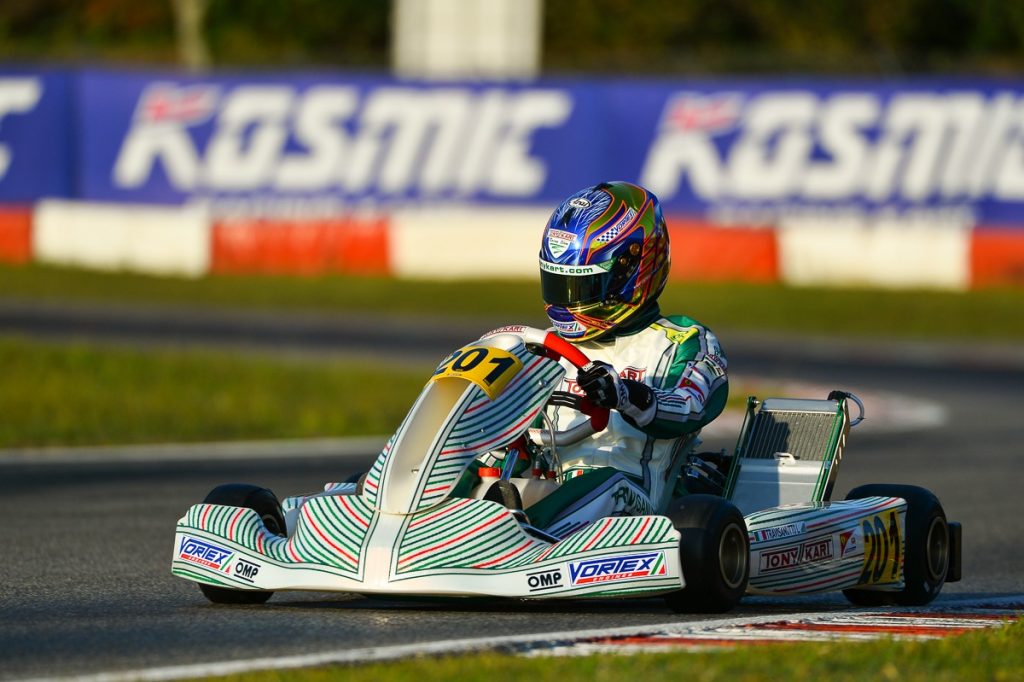 In the running for the OK Title, the team’s standard bearer Joseph Turney will do all he can to confirm the speed shown in the first Round raced in Lonato and stay in top positions. Pedro Hiltbrand, showing good consistency, aims at a prestigious result. His performance was great as well as the one carried out by Lorenzo Travisanutto who will have the chance to recover this weekend. Along with this trio, the rookie Josep Martì Sobrepera will have the opportunity to get himself more acquainted with the OK category after his great performance in Lonato.

In OK-Junior, Nikita Bedrin is now third in the rankings. Such a situation doesn’t suit the Russian considering the high-level of performance shown in the last race where he was one of the main protagonists. With some luck in his side, Nikita should be able to fight for the category’s title. For Aiden Neate and Harley Keeble, the stage in Castelletto di Branduzzo will represent another opportunity to compete against an international-level line-up and go on with their progress.

In the second round of the WSK Open Cup, the 60 Mini drivers will be back on track. James Egozi, Jimmy Helias and Jules Caranta will try to play their part throughout the weekend as well as our newcomer Filippo Parmeggiani.

The Tony Kart Racing Team confirms his commitment to training young drivers with the debutant Kean Nakamura Berta, one of the most interesting talents of the British Kart Championship, who ended his season with the X30 Mini title at Le Mans’s IAME International Final. This will be only his second race outside the UK in a completely new environment.