Jace Denmark-Gessel took part for the second time in the ‘ROK The Rio’ race last weekend at Las Vegas. Highly-motivated with Ryan Perry Motorsport, the American driver showed impressive pace through the competition but some bad luck in the Senior ROK Final left him unrewarded for his efforts on track. 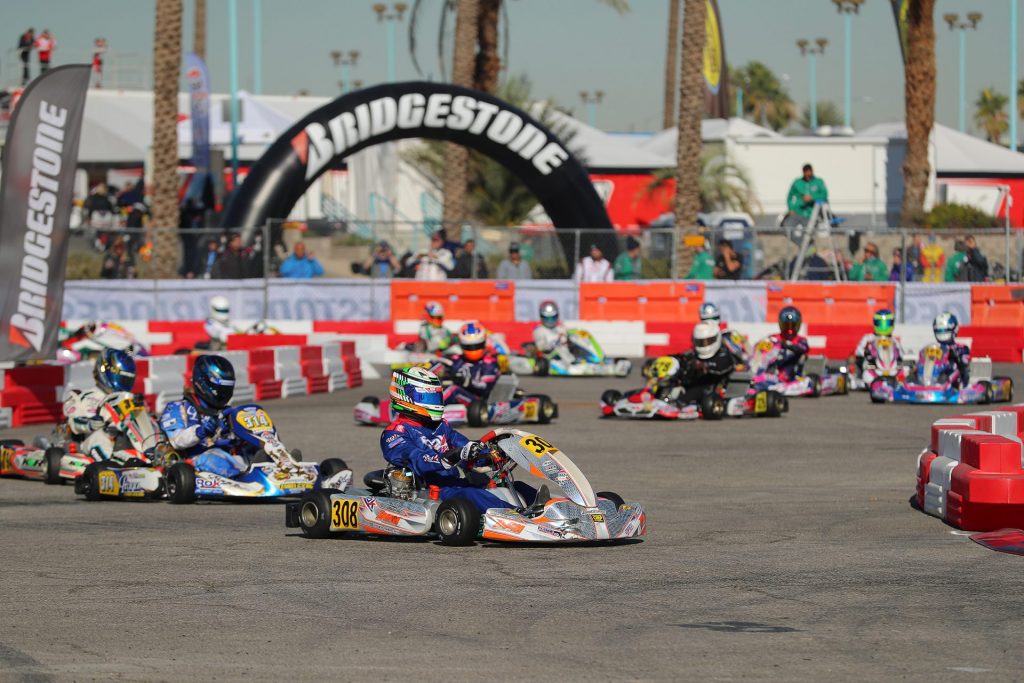 In the wake of his competitive appearances at the ROK Cup Superfinal and at the Rotax MAX Challenge Grand Finals in Italy, Jace entered this year’s edition of “ROK the Rio” with high hopes in the Senior ROK class filled with 49 drivers. With Ryan Perry Motorsport, a team in which he feels like home, confidence was on a high entering the ROK Cup USA highlight event of the season where he had reached the fourth place for his first attempt in the Senior Final in 2018.

Work started early in the week with the opening free practice sessions taking place on Wednesday. In each run, Jace tried to maximize his time on track in search of the right set-up for his Tony Kart/Vortex material while finding his marks around the RIO All-Suite Hotel & Casino temporary circuit. Those efforts paid off as Jace kept getting faster day by day.

His first Qualifying Heat on Thursday kicked off well before some trouble in the opening laps made him lose ground that he was quick to recover, overtaking lots of rivals. Turning this setback into strength, Jace kept gathering momentum in his following heats where his pace advantage helped him fight his way through the field.

At the end of his qualifying races and despite results not meeting his early ambitions yet, Jace had built enough confidence in his material and abilities to finish the competition on a higher note. From further back on the Final’s grid, he had again a good start at lights out but the bad luck that seemed to be chasing him from the start of the races hit again, this time in the form of an incident between other drivers that he couldn’t avoid right in front of him.

“Little to say that luck wasn’t on our side this year,” Jace said. “Despite some ups and downs, the motivation on and off the track never weakened & I gave it 100%, improving my pace each day and fighting well in the Senior field. We looked strong and ready to do well in the Final but I was caught in an unavoidable incident in front of me and forced to retire without a fight. That’s a bit of a shame, especially looking at our form level through the competition but that’s also part of what we do. From any setback, you learn and that’s exactly what I’ll do to get back even stronger! Thank you again to Ryan Perry Motorsport for the great work, now let’s fight back at the SuperNationals!”

Jace’s next meeting will take place from November 20th to 24th, again at Rio Hotel in Las Vegas, for the 23rd edition of the Superkarts! USA SuperNationals where he will compete in the X30 Senior category with Ryan Perry Motorsport.