The 229 drivers participating in the FIA Karting World Championship – KZ, the KZ2 International Super Cup and the FIA Karting Academy Trophy’s last round enjoyed ideal weather and track conditions this Friday for the Qualifying Practice unfolding on the South Garda Karting Circuit. Kajus Siksnelis (Academy), Emilien Denner (KZ2) and Adrien Renaudin (KZ) claimed pole position and positioned themselves amongst the favorites of their respective classes heading for Saturday’s Qualifying Heats. 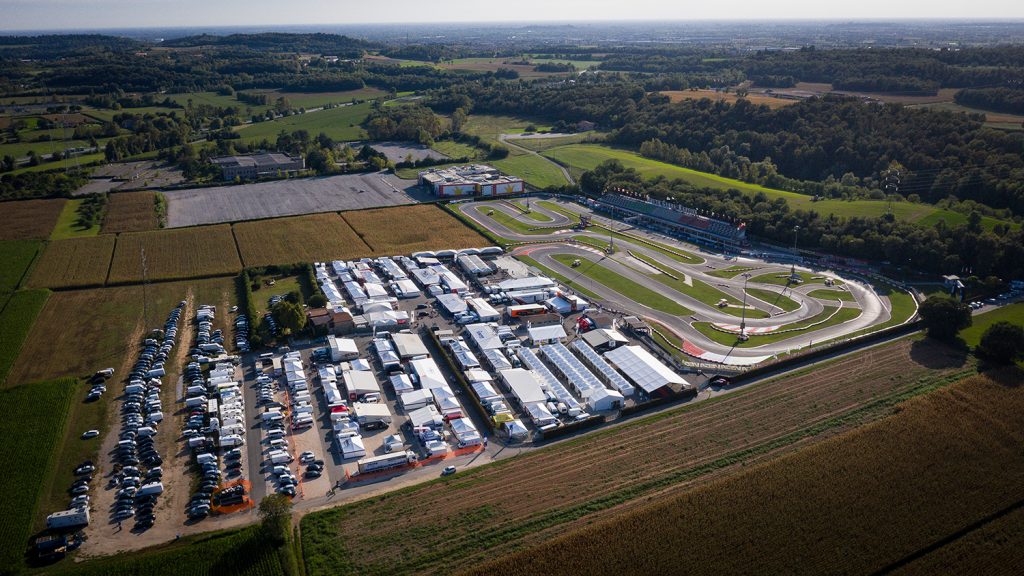 The 48 drivers of the top gearbox class took to the Lonato track at the end of the afternoon. As both the sunlight and the air temperatures were slowly dropping, track conditions turned out to be faster in Series 2 where the former KZ2 European Champion Adrien Renaudin (Sodi/TM) set the reference-lap in 46.104 seconds. Second-fastest in the same group, Alessandro Irlando (Birel ART/TM) conceded him 0.047 seconds and will join the Frenchman on the front row of the grid for the heats.

The KZ2 class, the most crowed of the event with 121 participants, kicked off the Qualifying Practices of the afternoon. Despite some traffic, Emilien Denner (Sodikart/TM) claimed the overall Pole position of the category thanks to a performance in 46.185 seconds in his second attempt against the stopwatch in the Qualifying Series 2.

The Third and Final Round of the competition exclusively reserved for youngsters between 12 and 14 years old coming from 52 countries kicked off with Kajus Siksnelis (Lithuania) securing Pole position in the Second of the two Series. Two weeks after stepping on the third step of the podium at the FIA Karting World Junior Championship in Finland, the Lithuanian kept his momentum going at South Garda where his speed enabled him to precede Christian Ho (Singapore) on the timesheet.

Maxwell Dodds (Great Britain) came close to clinch the category’s fastest lap after Series 1 before having to make do with the third overall performance. Jacob Douglas (New-Zealand) ended up with the fourth-fastest lap in front of the provisional standings’ current leader Robert De Haan (Netherlands). His closest rival for this year’s title, Paolo Ferrari (Italy), took the 10th-best lap at the end of Qualifying. The other contenders for the crown, Oleksandr Partyshev (Ukraine) and Joshua Coertze (South Africa), set the 15th and 25th times respectively.

Click here to see the full Qualifying classification for KZ, KZ2, and Academy.