Last weekend, the final round of the German Kart Championship took place in Ampfing where the FIA Karting World Champion Lorenzo Travisanutto reached the overall third place with the CV Performance Group Team. 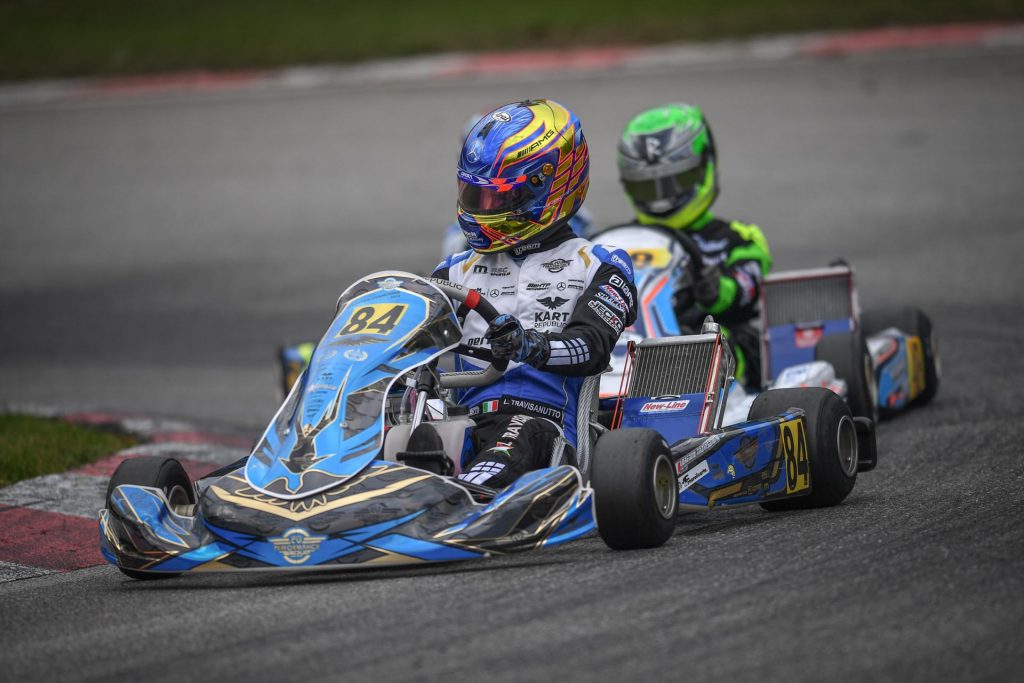 Until the middle of the season, the Italian driver was one of the big favourites in the highest German kart race series but had to suspend the weekend in Kerpen due to illness, which made him lose his good starting position as a result. Nevertheless, he was one of four drivers in Ampfing who fought for the championship title.

In the course of qualifying and the heats, despite alternating weather, Travisanutto drove in the front field and finished seventh in the intermediate ranking. On Sunday, he attacked again and saw the checkered flag in third and fifth place in the finals. With this, he again scored important points but didn’t make the leap to the top.

Christian Voss (Team leader): “We have already won four major championships this year. It would have been nice to be ranked number one in the DKM but we still showed our potential and can be very satisfied. Thank you to the whole team.”

Under the tent of the CV Performance Group were once again the drivers of the Kart Republic factory Team, KR Motorsport. In the Juniors, the Norwegian driver Martinius Kleve Stenshorne competed in his first race and caused a stir with second and third place. His Hungarian team-mate Levente Révész finished fourth and also came in fourth in the championship standings. Chenyu Han also competed in the DKM where he finished the first final in 24th place before having to retire the second round.

No rest yet for the CV Performance Group which will compete again next week at the IAME International Final in Le Mans (France) against the best X30 drivers in the world.