An extremely successful final weekend at the FIA Karting European championship – OK/Junior in Le Mans lies behind the CV Performance Group. In addition to a terrific title victory by Lorenzo Travisanutto, the German team also claimed Pole position in the OK class and put three drivers into the Top Seven of the Final! 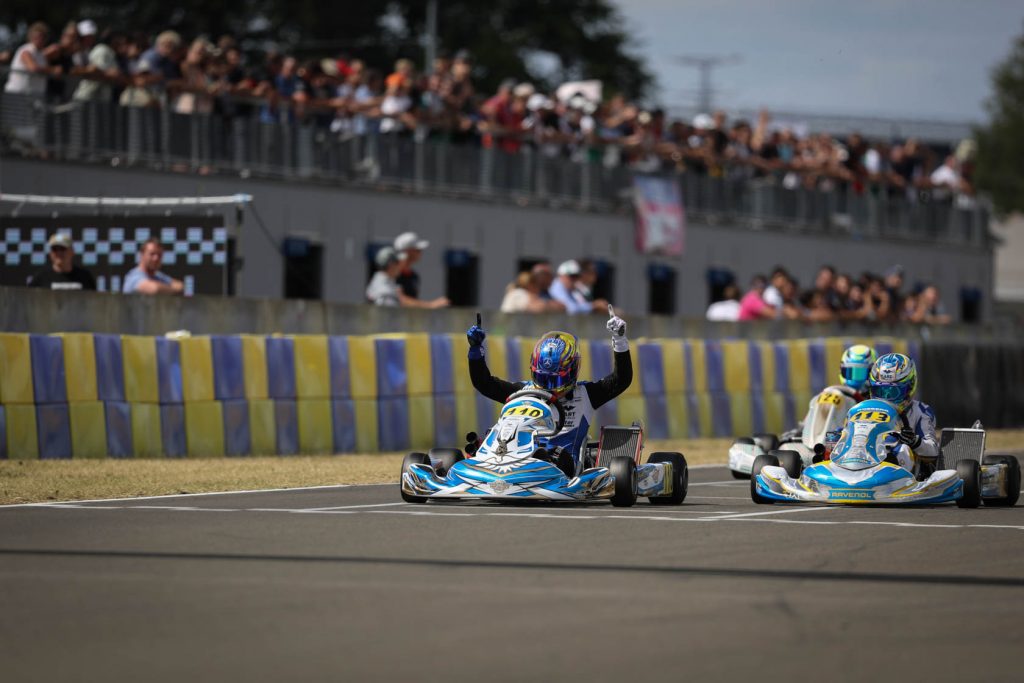 2019 continues to develop into a very special year for Christian Voß and his team. After winning the WSK Super Master Series, Lorenzo Travisanutto claimed last weekend the European championship title, setting the cornerstone for his success with victories in Genk and Kristianstad.

At Le Mans, the Italian driver showed his full potential: throughout the course of the heats, he fought his way up from rank nine to two and was consequently placed in the first starting row for the big Final where he defended his rank and was crowned the winner of the 2019 European OK Championship.

Lorenzo Travisanutto: “After it did not work out last years, I am even happier to be European champion now. It was not an easy season but we all worked hard towards the success and got rewarded now.”

The success was completed by the other drivers. Kobe Pauwels drove in Qualifying surprisingly onto Pole position and defended his rank also in the course of the heats. Four of the five races, he gained the victory for himself and was also placed in Pole position in the Final. Together with Travisanutto, the team made up the entire first starting row. In the race, the Belgian driver failed to defend his position placed seventh, still making a strong finish.

Nikolas Pirttilahti made the jump into the Top Five. Being placed only 20th after the heat, he kept fighting his way further up in the two race days and saw the checkered flag in fifth in the Final. Asa result, three drivers from the Kart Republic team made it into the Top Seven.

Christian Voß (Head of the team): “What a great success for the entire team! After the title in the WSK, to be European champion now is unbelievable. A great thank you to all our partners who made these great results possible!”

The Finnish driver Peik Abrahamsson was new to the team in the OK-Junior class. He kept developing throughout the races and showed his goal with the 14th position in a heat.

Next stop for the CV Performance Group already this upcoming weekend with the Third Round of the IAME X30 Euro Series by RGMMC on the Pro Kart Raceland of Wackersdorf, in Germany.