The 2019 European season ended in France on the Le Mans circuit with a very successful performance from the official Parolin Racing Kart team and its #1 driver Gabriele Mini’ in OK, while James Wharton secured a very convincing Top Five in OK-Junior. Race after race, Parolin affirms its advantageous position among the best thanks to its extremely effective chassis in all conditions. 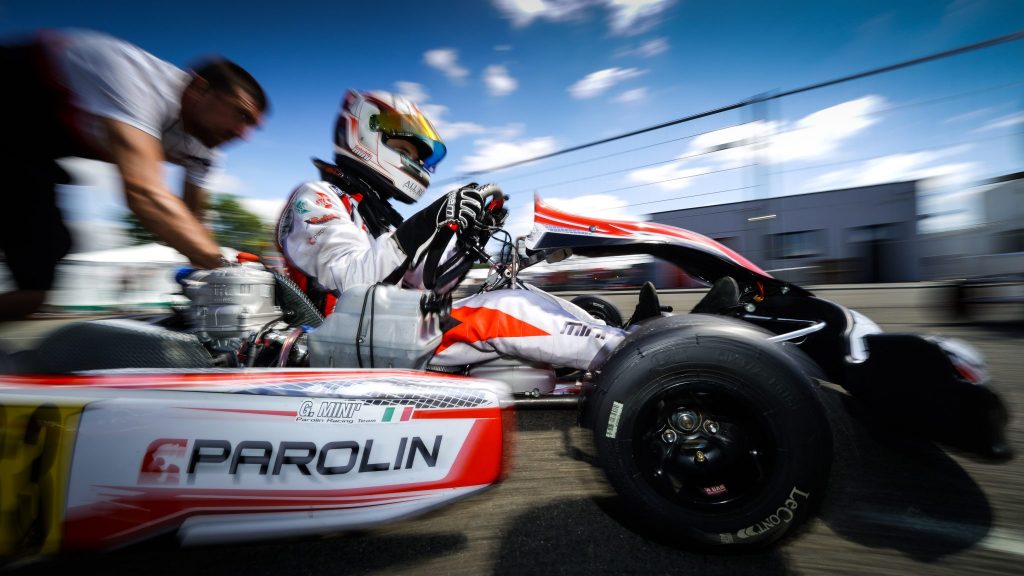 “We are very happy with our progress in the European Championship,” commented Marco Parolin. “The team has worked well to exploit the potential of our chassis on very different tracks, regardless of the types of tires used. At Le Mans, the competition was very tough against formidable opponents, but we can be proud to have given the maximum to get ahead and take an indisputable victory. Gabriele Mini’ deserves our gratitude for reaching 2nd place of the OK Championship. In Junior, it was a great reward to be able to reach 5th position with James Wharton who was only competing in his 2nd race with us. We are very much looking forward to the big world meeting in Finland in early September.”

The weather was still warm for the fourth and last meeting of the FIA ​​Karting European Championship at Le Mans. Only a short downpour reduced grip on Saturday in the early afternoon without affecting the efficiency of the Parolin / TM Racing karts. The tension continued to rise during the Qualifying Heats where there were many incidents, while the free management of tires complicated the running of the races on Sunday morning. The Finals were fiercely contested and there was no shortage of twists. The calmness of the drivers and the Parolin team allowed them to obtain the best results possible.

In the wake of his victory in the French OK Championship two weeks ago, Gabriele Mini’ once again completed a clear round. 4th fastest among the 67 participants, he did not leave the top two in the heats and resisted many opponents starting on new tires with his 6th place in the last heat on Sunday morning. Starting from the second row of the Final, Mini’ took 1st place after six laps and managed his lead perfectly for another indisputable win. After this remarkable performance, Mini’ gained a place in the Championship and finished 2nd.

With little to his advantage during Timed Practice, Hugo Sasse performed well in the heats to regain 12 places. Very effective in the Final, the German driver was back in seventh place with a gain of 10 positions when a collision demolished his hopes on the penultimate lap of the race.

The young Australian James Wharton has confirmed his good performance at the French Cup in OK-Junior. Already 10th at the end of Qualifying, he made a good comeback in fourth place in the heats with a win. He started the Final in the third position before being pushed and falling back to 10th. James continued to fight and managed to return to the top five after many adventures, achieving top performance for his second race with Parolin.

Brando Badoer was not in the best position to shine after a complicated Qualifying session in which he finished 31st. He proved more and more competitive in the last heats but had to give up on the second lap of the Final. Mateo Rubio Luengo started with a very good 16th place and two finishes in the top 10 of the heats before falling in the rain and then giving up in a crash at the start of the last heat, which deprived him of qualification for the Final.