Selected by tender to supply tyres to the drivers in the OK category of the 2019 FIA ​​Karting European Championship, the manufacturer LeCont perfectly fulfilled the mission that the CIK-FIA entrusted them with. 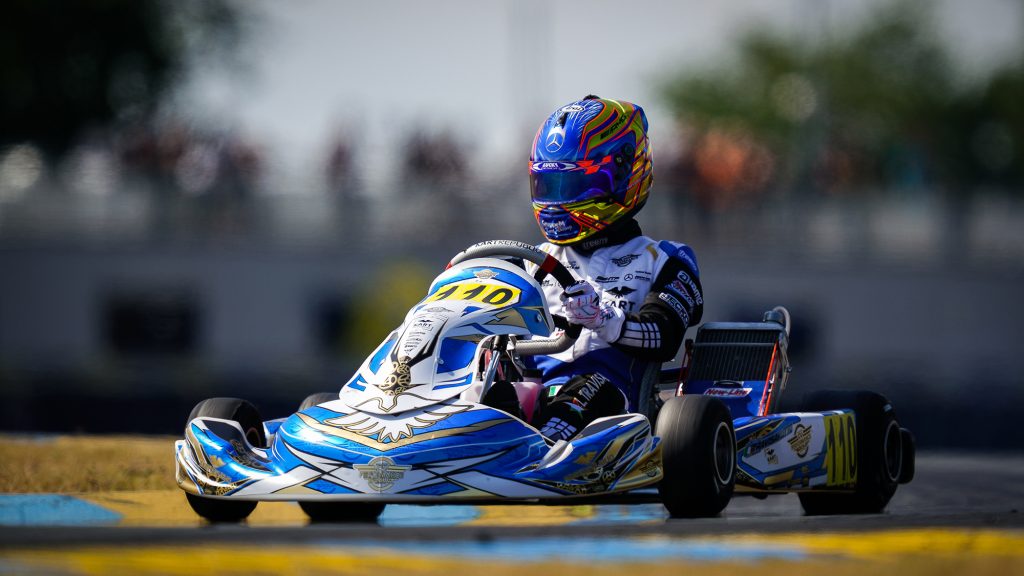 Throughout the four Grand Prix Kart races in France (twice), in Belgium and Sweden, sporting fairness has prevailed. The very high standard of competition gave rise to magnificent battles and suspense that held until the end, on the very demanding international circuit of Le Mans.

With three winners in four events, seven different drivers on the podium and just as many teams having reached their Top Three goal, but with only one manufacturer to handle this exciting competition, the OK European Championship proved to be very exciting to the end.

Marketing manager of the LeCont brand, Paolo Bombara was delighted by the show provided by the OK drivers. “This season, no less than 98 drivers participated in at least one FIA Karting European race. The category remains very attractive and our ‘Prime’ tyres have played an important role in terms of performance, consistency, safety and identical quality from one set to another. For us, the Le Mans event was still a difficult challenge: on the one hand, the track runs anticlockwise, with more left turns where the weight of the engine accentuates the constraints. On the other hand, some fast curves generate a lot of support and put the tyres to the test. In addition, we faced high temperatures, as well as a heavy downpour on Saturday during the Qualifying Heats, which resulted in the use of rain tyres. In any case, LeCont has managed the situation.”

Of course, Dexter Patterson’s crash at the start of the Final made Lorenzo Travisanutto’s mission easier. Unlucky at this competition in 2018, the year that saw him conquer the world title, the Italian undoubtedly deserves this European recognition. Third in France and second in Sweden, this time Gabriele Mini’ managed to win the Final, which allowed him to move up in the European Championship in front of Patterson.

At the beginning of September in Finland, the World Championship will represent a new challenge for LeCont. “We have just learned of the modification to the CIK-FIA regulations concerning the quota of slick tyres allocated for each driver. From now on, two sets will be available for Qualifying and Qualifying Heats. Then, the drivers will have to use a new set for the Final. Based on this decision, LeCont is once again determined to offer drivers and teams quality service and tyres that meet their expectations. We already had a good experience of the Alahärmä circuit at the OK European Championship in 2017 and look forward to another new showdown between all these young and talented drivers. The OK category has many positive qualities and I can only hope that the ASNs are more willing to impose it in their countries over the following years.”

Regarding the future, in the next few months, the CIK-FIA will proceed to a new tyre homologation for the 2020-2022 period. LeCont has prepared for this deadline at length and has worked hard to define the best compromise, both for its new slick and wet tyres. “We are ready to respond to calls for tenders from the CIK-FIA as well as from the ASNs,” concluded Paolo Bombara.