There isn’t much time to break these days for the CV Performance Group with the kick-off of the FIA Karting European Championship – OK/Junior that unfolded last weekend in Angerville. At the Kart Grand Prix of France, the drivers showed a strong performance with a good Lorenzo Travisanutto ranked 7th amongst the Seniors. 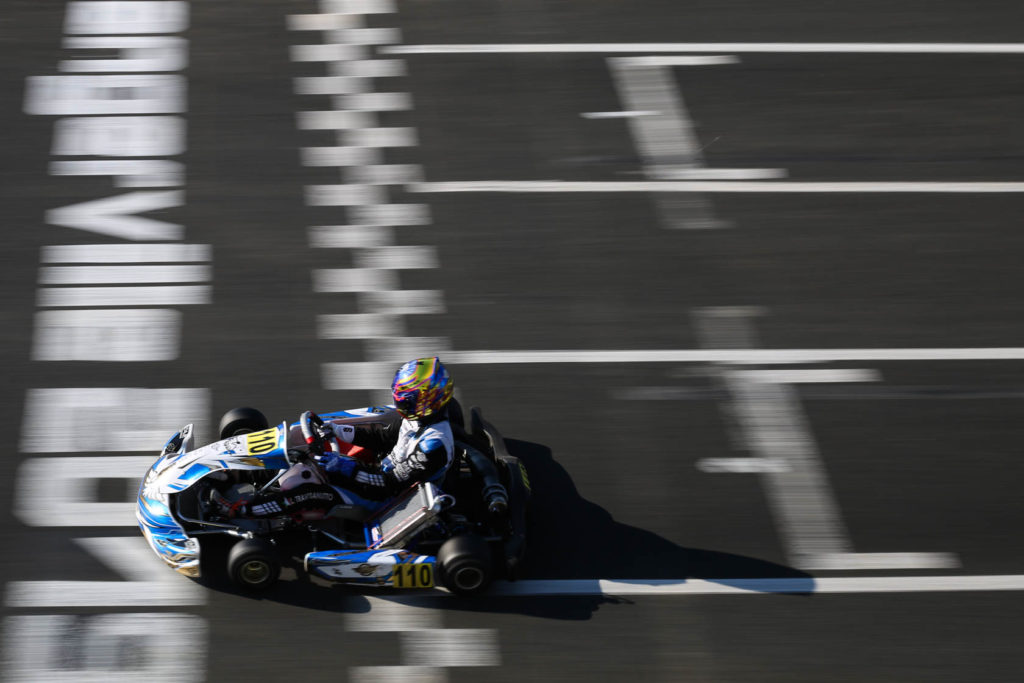 Under blazing sunshine and great track conditions, 146 pilots entered the opening round of the FIA Karting European Championship. With reigning champion Lorenzo Travisanutto, Kobe Pauwels and Nikolas Pirttilahti, the CV Performance Group sent three fosterlings into the race to maximize its chances of good results in both OK and Junior categories.

Still having unfinished business with the European championship following last year, Italy’s Lorenzo Travisanutto wants to jump far ahead this time. After a solid Qualifying, he ended four out of his five Qualifying Heats in the top six and was ranked eleventh in the provisional rankings.  In the Final, he made up good ground and crossed the chequered flag in seventh position.

Additionally, the young Belgian Kobe Pauwels accessed the final race of the weekend after fighting amongst the top drivers during the heats where he cumulated three sixth places and one-third place. Unfortunately, he suffered from a setback and lost his final starting place in the top ten. Starting from position 20 on the grid, he tried to improve through the field until the chequered flag fell to rank him 18th overall.

The Finnish driver Nikolas Pirttilahti almost made it into the final lap. In all the heats, his good pace always placed within the top ten on his way to the Final. But one last difficult race saw him miss the qualification for only a blink of an eye in 35th position.

Christian Voß, the Head of the CV Performance Group Team, drew a positive conclusion from the races and is looking forward to the future: “We had a great kick-off and were competitive with our drivers. Without the deficiency of Nikolas in the heat, he would have also made it into the Final. Ultimately, we were the best team from Germany and got championship points with Lorenzo. We created a base we can build upon.”

Already next weekend, double pressure is waiting for the Kart Republic Team with the second race of the ADAC Kart Masters taking place on the German Ampfing circuit while, at the same time, the WSK Euro Series’ second round will unfold on the Angerville track.