The young Belgian driver Loïs Delbart didn’t disappoint for his first participation of the season in the FIA Karting ​​European Championship – Junior held last Easter weekend on the Circuit Gabriel Thirouin of Angerville, in France, where he defended the colors of VDK Racing. 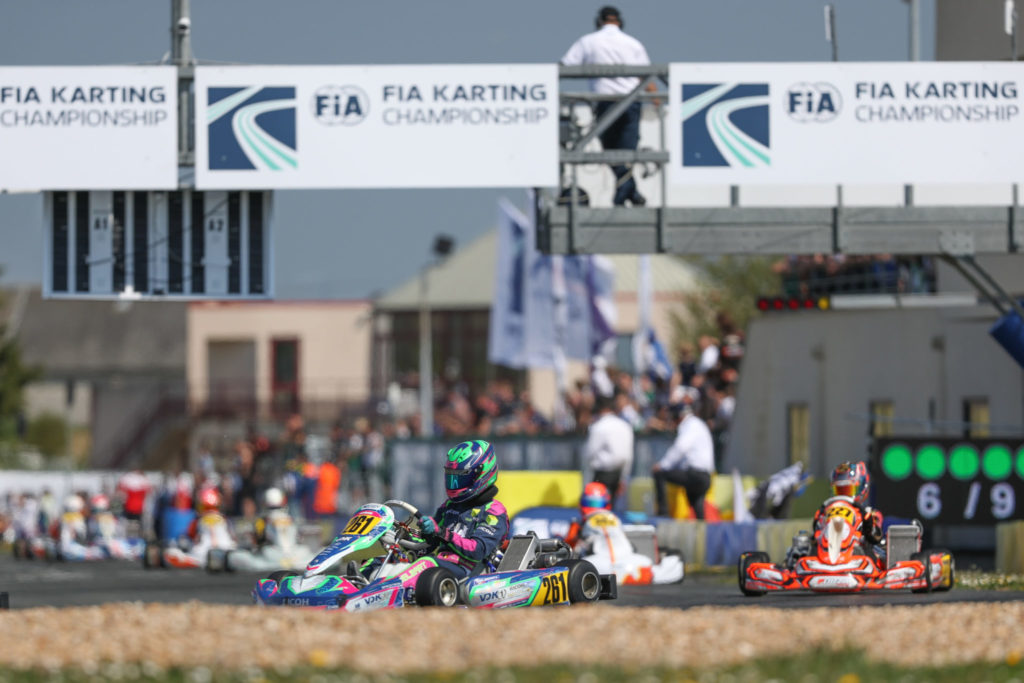 The 2019 season marks a turn-over in Loïs’s promising career as he enters his first complete campaign amongst the OK Junior elite as he takes up the challenge of the FIA Karting European Championship for a total of four rounds with Genk, Kristianstad, and Le Mans to follow last weekend’s opener in Angerville. And let’s not forget about the World Championship round taking place this year in Alahärmä, Norway, to conclude what will be a busy and exciting season!

Taking on the opening race of the European Junior Championship, he quickly found his pace around the 1198 meters of the Angerville layout and set the 18th overall fastest-lap out of 81 Juniors in Friday’s Qualifying Series. A positive start that would add to his level of confidence heading for his five Qualifying Heats that he started from 6th on the grid. If the first race on Saturday morning turned out to be trickier than expected, Loïs gradually improved and kept himself in the top ten in the next four heats, including two 6th place-finishes qualifying him for Sunday’s Final with the other 33 best drivers of the category on French soil.

At lights out, Loïs jumped from 21st on the grid and built his way through the field overtaking ten of his opponents. A solid recovery race concluded at the edge of the top 10 before he received a 5 second-penalty after contact with another driver. A late misfortune that wouldn’t dull the motivation of the young Belgian who left Angerville knowing that he showed some strong performance with a material very well-prepared by VDK Racing.

The next international stop for Loïs Delbart will take place on the Pro Kart RaceLand Track of Wackersdorf that will host the Kart Grand Prix of Germany featuring the first round of the FIA Karting Academy Trophy along with the kickoff of the FIA Karting European Championships – KZ /KZ2.