The wet asphalt of the Mika Salo Circuit of Alahärmä, Finland, betrayed Gabriel Bortoleto and Olin Vieira Galli in the OK Final whilst a double penalty in the heats deprived Pedro Hiltbrand of the qualification, as for Paolo Gallo and Aatu Hakalehto in OK-Junior. 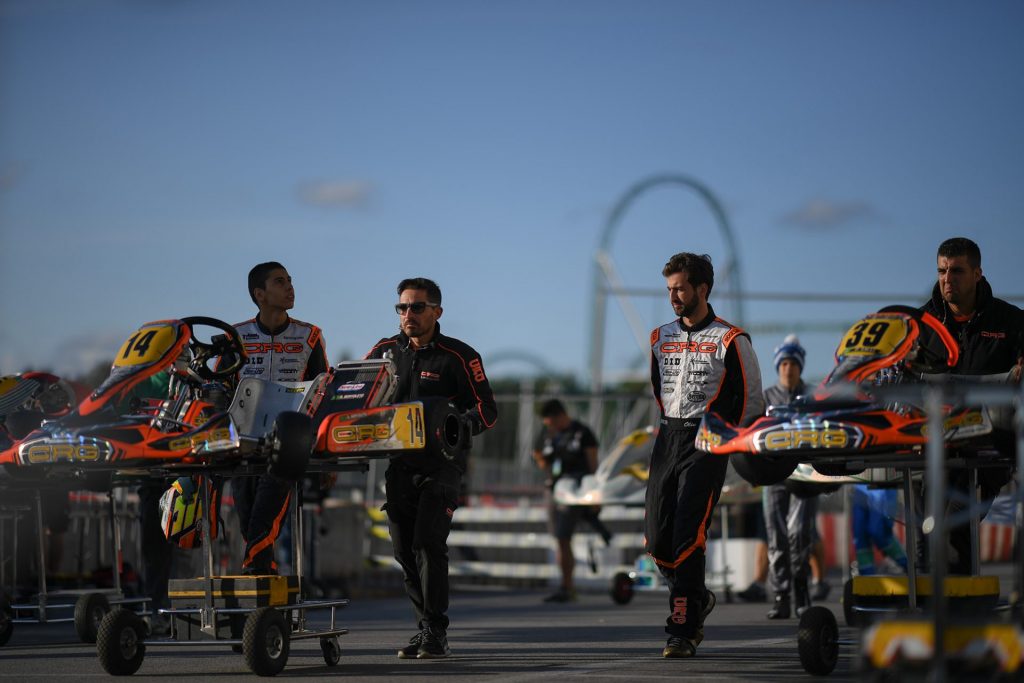 It was a bitter end for CRG and its drivers at the FIA Karting World Championship – OK/Junior in Finland on the Mika Salo Circuit of Alahärmä, especially in the OK final where Gabriel Bortoleto had to retire at the start when he could have fought for the podium.

The changeable weather, with cold and rain, made the whole weekend very hard to manage for technicians and drivers, frustrating most of the work done in the pre-race tests. The wet asphalt betrayed Gabriel Bortoleto at the start of the Final after being amongst the major protagonists of the Finnish event with excellent performances in the Qualifying Heats that made him achieve the 4th place out of 87 drivers on the starting grid. He sprang very well at the start, but during the first lap, Bortoleto went out for a few centimeters of the dryline and, unfortunately, crashed in the barriers. The retirement was inevitable and it frustrated the possibility to fight for a good result that both driver and team deserved.

Bad luck for the other finalist of the CRG official team as well. Despite being very fast in the practices and heats, where he achieved two victories, Olin Vieira Galli had to stop at the second lap of the Final for a race contact. A double penalty in the heats for the front fairing incorrect position, due to some contacts on slippery asphalt, didn’t allow Pedro Hiltbrand to qualify for the Final after being very fast during the whole Finnish weekend.

Hard race for the young OK-Junior drivers as well, Paolo Gallo and Aatu Hakalehto. Despite showing both a good speed in several stages of the event, some race contacts and penalties received for the front fairing didn’t allow them to qualify for the Final.

The next meeting that will close the FIA Karting season is scheduled on September 22nd in Lonato with the KZ World Championship and the KZ2 International Super Cup.

Gabriel Bortoleto (OK): “I am very disappointed about the end of our race, as we had the potential to fight against the best drivers for a place on the podium, as we proved during the whole weekend, both on a wet and dry track. The team made an outstanding work and the couple CRG – IAME proved to be extremely competitive.”

Olin Vieira Galli (OK): “It’s been an incredible experience and I am very happy with my performances and the great support received both by the CRG Racing Team and by IAME for this important meeting. We had an excellent pace and, without the accident, we could have finished in the first places. It’s been an amazing season for me and for the CRG colours and this experience in the World Championship with the strongest drivers of international karting taught me a lot.”