The 2019 FIA Karting World Championship in Finland proved to be a much more difficult race than expected for all competitors. On the Alahärmä circuit, where drivers lacked experience, the changeable weather added to the harshness of the situation. Despite the extremely difficult conditions, the Birel ART team never gave up and took several of their drivers to the Finals. And especially, the Italian Cristian Bertuca, who managed to earn his place in the top 10. 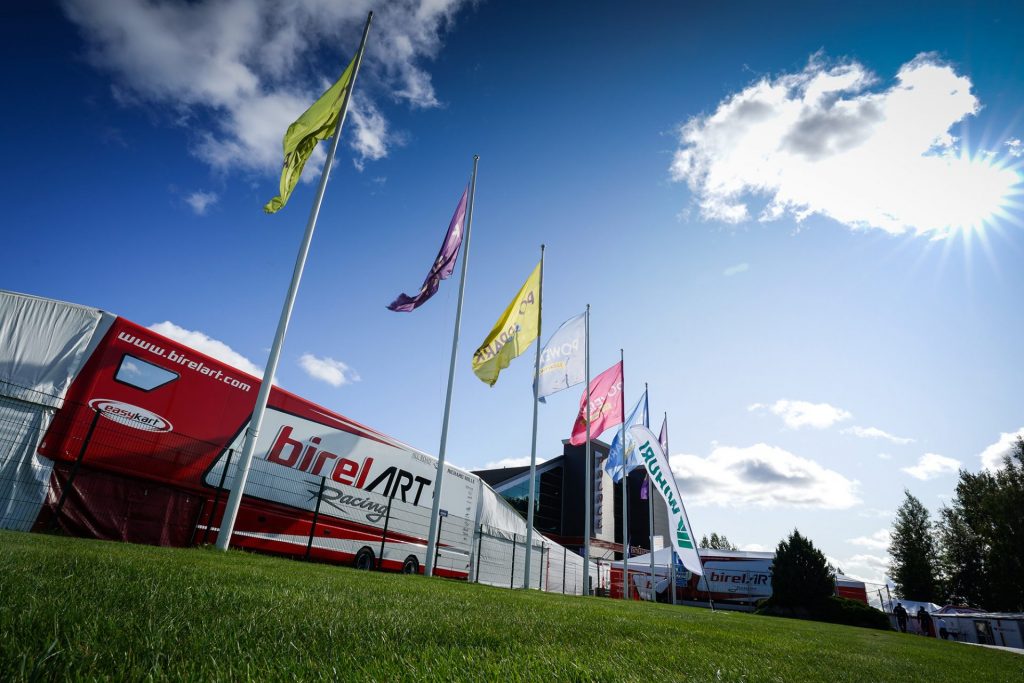 “A World Championship is unlike any other event. There is always excitement, pressure, and uncertainty to consider,” said Luca Filini, Team Manager of the official Birel ART team.”Since the beginning of the season, the Birel ART team has been preparing for this important moment of the season. We were ready, the equipment was effective, as the times achieved in Free Practice proved. Unfortunately, the situation became complicated when the rain began to fall and the track changed. Many of our drivers lost their bearings and it was quite unsettling for them to adapt to changing conditions.”

The impressive complex of Alahärmä and its fabulous theme park adjacent to the paddock was particularly successful in Cristian Bertuca. From Timed Practice, the young Italian managed the 10th fastest time out of a total of 104 drivers. In the heats, he held his place perfectly and even increased in performance over the meeting by taking 3rd, 1st and 2nd places at the end of his Qualifying Heats. As fast in the dry as in the rain, he started the Final with determination and managed to keep his place among the best to cross the finish line in 9th position on a wet track.

A member of the Richard Mille Young Talent Academy programme, Julia Ayoub achieved her best Qualifying position of the season with 30th position. An encouraging performance for the Brazilian woman at this level. Like her two Top 10-finishes in the Qualifying Heats, her progression continues undeniably with the Birel ART team. The progress of the Dutch driver Dani Van Ruiten, the Frenchman Maxime Furon-Castelain and the Thai Sitarvee Limnantharak in the Junior category was also noticeable.

A brilliant 3rd in the 2018 OK World Championship, Luigi Coluccio was keen to aim for the title this year. Unfortunately, an incident that occurred in Timed Practice took away any chance of finishing well! “It was a big disappointment to see Luigi in 77th position when we came to fight at the front,” commented Luca Filini. “He managed to qualify for the Final by gaining no less than 45 places, demonstrating his performance and consistency. Alas, he retired too early in the Final, but I think he still had the opportunity to go much higher.”

Less experienced than his rivals in OK, the Thai driver Sutumno Thanapongpan has been excellent throughout this difficult weekend. Satisfied with having won his place among the finalists, Sutumno made a great start in the decisive race, before fighting in the pack throughout the Final to finally rank 22nd.

The Italian Andrea Rosso and the Japanese Turbo Asahi narrowly missed their qualification for the Final despite their fine performance. The changing conditions made it difficult for the Canadian Thomas Nepveu and Italy’s Alessandro Irlando, who never gave up in Finland.

“I want to congratulate all the drivers of the team, our engine, and our technical staff,” added Luca Filini. “They all showed their skills and their ability to react during this World Championship, where we never stopped going from dry to wet conditions and vice versa. We constantly needed to find the best set-up and optimum tire pressure. Of course, we would have liked a more flattering result. Now we are going to attack another of the big events of the season: the World Championship at Lonato. Many drivers have put their faith in us for this event and we will do everything possible to further demonstrate our competitiveness.”