As we count the days before the FIA Karting World Championship in Lonato, the karting community learned earlier this week that one of its brightest members, Marco Ardigò, is to step out of racing after the World meeting at South Garda. 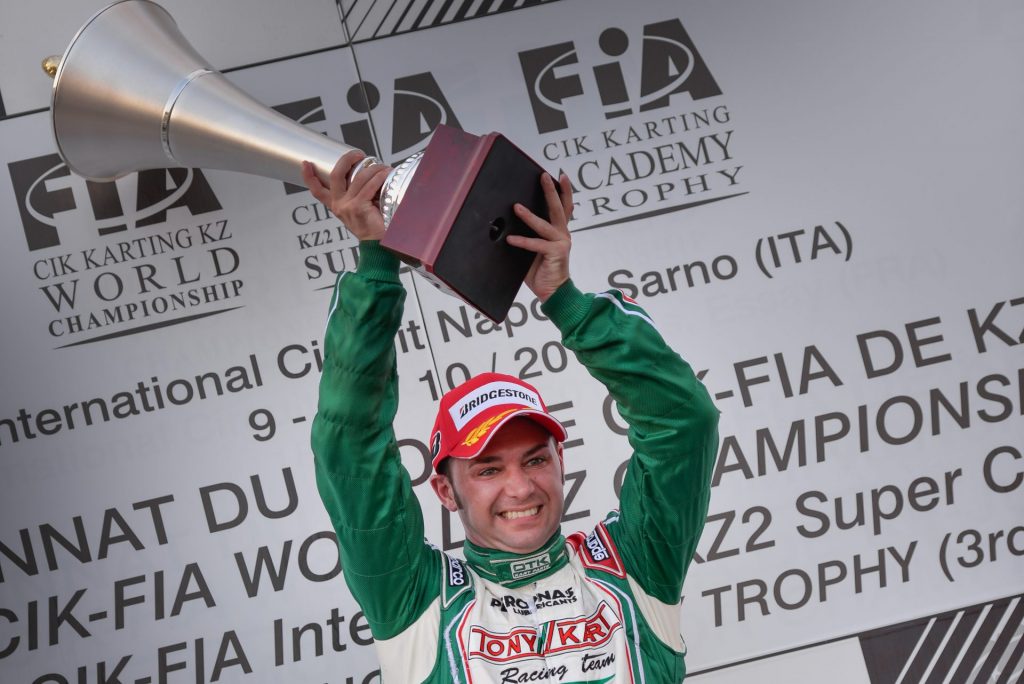 The Tony Kart Racing Team driver, 36 years old, took to Facebook and Instagram to officially announce his retirement from kart racing after 28 years of a career spent a full speed all over the world and paved with numerous victories and titles.

“I think the time has come to tell you about the decision that I made a few months ago”, writes Ardigo. “At the end of the year, I will withdraw from competition. On Sunday 22 September 2019, I’ll race my last World Championship, right here, where it all started [in Lonato, ed.], about 28 years ago.”

“I am sure that when I cross the finish line and take off my helmet, it will be an emotionally intense moment”, he continues. “I still don’t know what I’ll feel; I only know that in there, hidden behind that visor, I’ve lived my world for all these years. Actually, more than behind a visor, I felt myself before a mirror, measuring myself, first of all, with myself. This allowed me to compare with others without fear, leading me to expect a lot from myself in the first place, as well as from others. Inside my helmet, many thoughts, feelings, frustrations, joys have passed…”

“I thought a lot to figure out what the right moment would be… I wanted to choose the moment in which I would still be able to give my all physically and mentally, but the truth is that there isn’t really a right moment… there is only the moment.”

“All this in front of my audience, the people who love me, those who have supported me with love in this long and wonderful adventure. My karting journey, however, doesn’t end here; an equally stimulating project will begin shortly, and you will always see me busy on the race tracks, always tied to Tony Kart, always with the same hunger to face and win new challenges. I want to thank all the people who have been close to me and who have supported me in my successes and those who have somehow been part of this long journey. It was nice! Beautiful! Thanks! Stay connected, as lots of news are forthcoming.” Marco

Congratulazioni to Marco Ardigò for his achievements and good luck for his last World Championship this weekend as well as for his upcoming projects, as it seems more likely than ever that he’s far from done writing the next chapter on his ongoing legend in karting…