Preparation for the 34th edition of the 24 Hours Karting is nearing completion for the Western Automobile Club and its promoter. 27 teams have entered, including six GP1 in the running for the FIA ​​Karting Endurance Championship. There is no shortage of innovations, with special attractions for fans of the discipline, for a very special event at the Le Mans International Karting Circuit from September 27th to 29th! 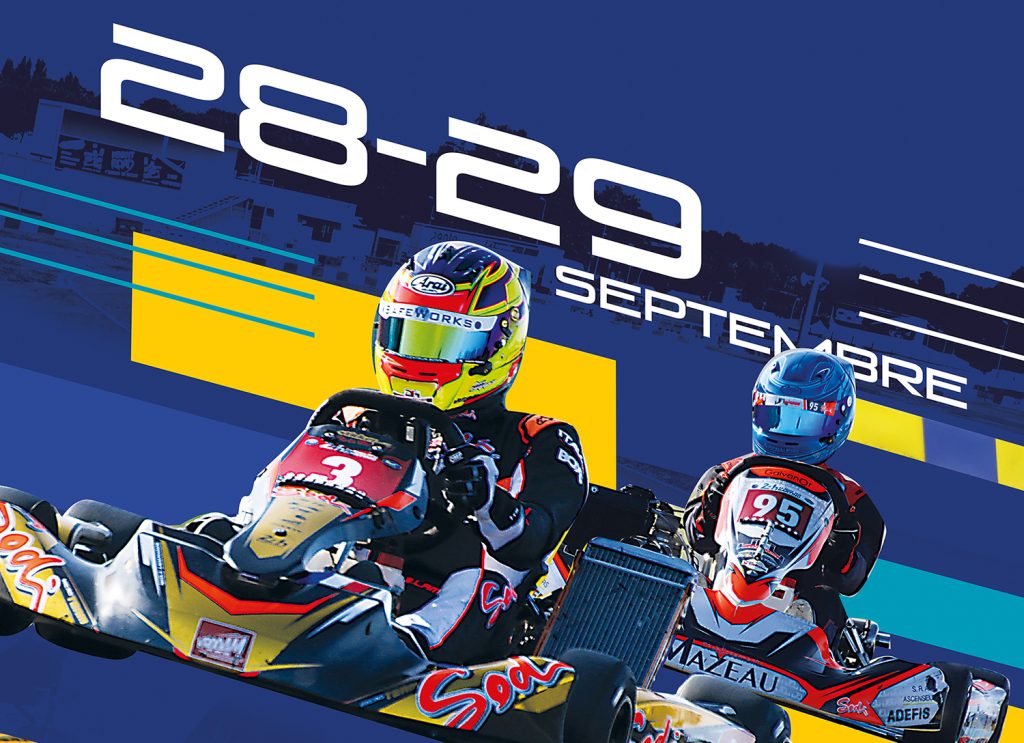 The ACO has decided to continue the synergy initiated last year between the 24 Hours Karting and the 24 Hours Trucks which draws many spectators to the two events held simultaneously a few hundred metres apart. Holders of a 24 Hours Truck ticket will have direct access to the karting circuit, as the first experience in 2018 showed that this partnership was profitable to both disciplines.

This year’s edition will also enjoy the presence of CIK-FIA President and former Formula 1 driver Felipe Massa to wave the flag at the start of the 24 Hour-race on Saturday 28th September at 15:00!

In 2019, the GP1 karts of the FIA ​​Karting Endurance Championship will be equipped with new MG tyres, which are eagerly awaiting the race. Victorious in 2018, the Sodikart factory official team will again be a contender with Anthony Abbasse and Bas Lammers as leaders and Jordan Grégoire, the craftsman of JFJ Performance’s achievements, in tactical support. But nothing is decided in advance at Le Mans and serious rivals will challenge for the victory, while three brands of engines will compete: TM Racing, IAME and Vortex. Rouen Espace Karting, the team managed by the winner in 2017, Nicolas Scelle, will be back to fight for 1st place. Rodolphe Besnard’s Wintec team will have the same goal, as will Kart Mag n° 50. Czech Endurance Karting will continue its Le Mans adventure with additional experience.

Spotlight on the amateurs

True to its values ​​of rigour, fairness and accessibility, the ACO has focused on the other categories competing for the 2019 Karting 24 Hours. Several measures have been taken to increase the attractiveness of the great Le Mans classic among endurance enthusiasts from all walks of life.

A new simplified refueling system will be introduced for teams that do not wish to use a removable tank. A specific AM ranking will highlight their performance, while teams with a removable tank will be free to continue using it at their convenience.

The forces involved in GP2

Cormeilles KMD has already achieved very good results this year in the French Championship and appears among the favourites at Le Mans. With three teams, Malevaut Sport is a pillar of the discipline, and always one to take into account for the victory. Racing Kart Arnage, Loire Valley, and TNB Sport are at the heart of endurance, while Scuderia Bella Vista emphasises the pleasure of participating with its name. Allrace Team ASK Rouen 76 took a different option by using an IAME X30 engine. In the Master category, the duel will be exciting to follow between SO 24 KMD and Circuit Europe 76 who could also do well in the general classification. GK Kart 53 will take up the challenge of GP Junior.