Despite capricious weather, Loïs Delbart delivered rising performances for his first appearance as a Senior driver in the IAME Series Benelux as the Fourth Round of the Belgian competition unfolded last weekend on the Karting International of Genk. 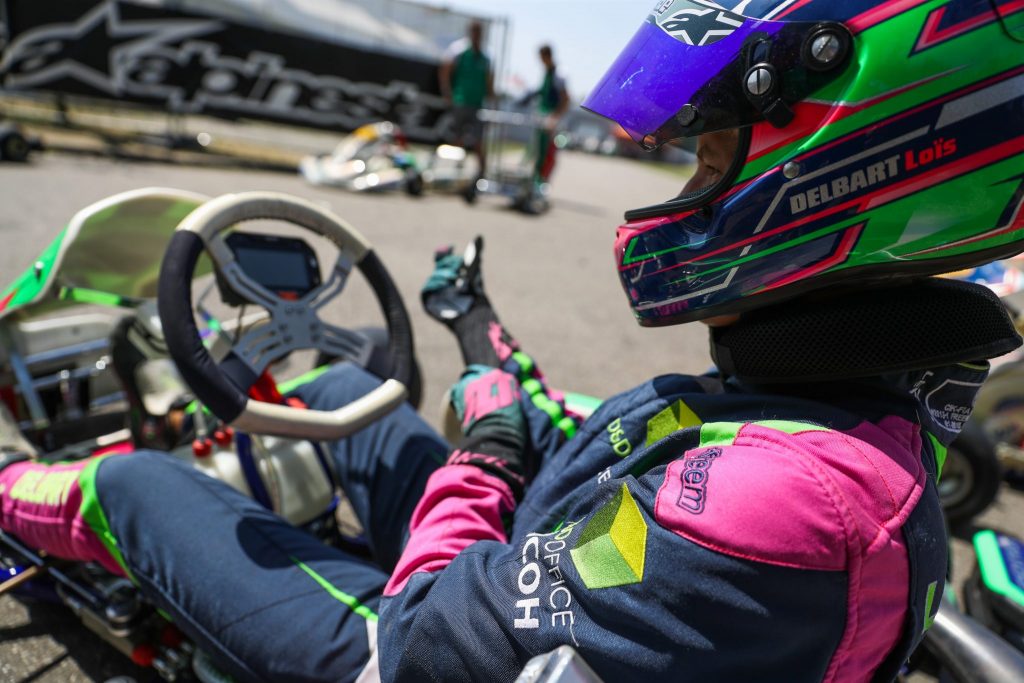 A few weeks after making his debut in the Senior class on the German Pro Kart Raceland of Wackersdorf for the IAME Euro Series, the young Belgian driver entered last weekend the penultimate season event of the IAME Series Benelux organized by IAME Belgium on the “Home of the Champions” 1360 meter-long circuit of Genk.

With the help of the Dimokart team, Lois made good use of Thursday and Friday to re-take his marks on a track he had not driven on since May and the Second Round of the FIA Karting European Championship – OK/Junior. Two days to properly test the potential of his chassis with the help of Dominique Palmaers for the set-ups and Didier Monin for the engine preparation.

Those long work sessions paid off as early as Saturday afternoon’s Qualifying when Loïs took the third-best lap time in his Series and the fifth-fastest in a field of 52 competitors. A solid pace that he then confirmed in the first of his three Qualifying heats concluded in 4th place. Sunday morning turned out to be more complicated as the weather mixed up the cards again but Loïs kept his head down and saw the checkered flag of his remaining two heats in 11th and 7th position respectively, enough to qualify for the Senior Final.

The Belgian heavens were merciful for the final races of the weekend with an almost dry track that allowed drivers to put on the slick rubber. But the Circuit of Genk still remained treacherous in places and Loïs lost some ground in an eventful opening lap. But he was quickly up to speed and started overtaking his rivals with a potential Top 10 in sight. Two laps from the flag, a slight disagreement with another driver forced him to go wider at the hairpin of the track, which opened the door to some pursuers. Consequently, Loïs had to settle for the 19th position.

Beyond the result and the difficult weather conditions, Lois left Genk with a global positive feeling at the end of a weekend where the hard work put in the background with Dimokart made him gain great momentum for what was only his second appearance in an X30 Senior field!