Mission accomplished for Team Leclerc By Lennox Racing, crowned European Champions in Genk in the KZ2 class thanks to Viktor Gustavsson. It’s the very first title in karting for the team led by Jordon Lennox-Lamb and created in 2020 in partnership with F1 driver Charles Leclerc! 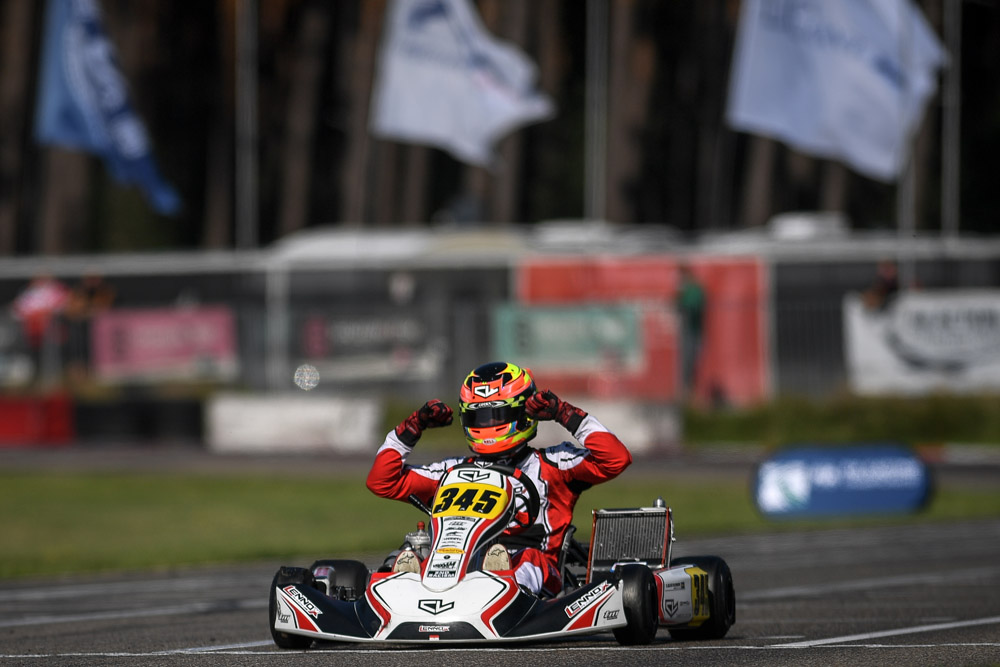 An emphatic victory which, on the one hand, proved the quality of the CL Karting by Birel ART chassis equipped with TM Racing engines once and for all and, on the other hand, handsomely rewarded such a young team for their hard and incessant work since early season.

At the end of the day, the words of team manager Jordon Lennox-Lamb were full of pride and satisfaction: “I’m speechless, the emotion I feel right now is incredible. Firstly, I’d like to congratulate Viktor: when he joined us, no one believed he could be a contender for victory, but he’s developed a lot over the course of the season. He really deserves this title, just as the team deserves it, too. The level is very high, yet in our first year we have already won a championship. Things couldn’t have turned out any better.”

Viktor Gustavsson didn’t make a single mistake in the uncertain conditions in Genk and brought home the result. The Swede once again confirmed his ability on the single lap by taking Pole Position and made the most of his starting position in the Qualifying Heats, at the end of which, in addition to winning a heat, he managed to qualify in fourth position on the grid of the Final without taking too many risks.

In the decisive race, Gustavsson got off to a great start and avoided the no-holds-barred skirmishes that took place in the early stages. Once his opponents had calmed down, Gustavsson began lapping at his own pace and climbed up to second place a couple of laps from the finish.

The only negative was a back injury suffered by Matteo Viganò on Saturday that ended up compromising his entire weekend. The Italian undoubtedly deserved more from this FIA Karting European Championship but he’ll soon get other opportunities to shine.

Before that, however, it will be the turn of the drivers competing in the non-shifter classes to get back out on the track. Indeed, this weekend, Team Leclerc By Lennox Racing will be in Germany for the final round of the FIA ​​Karting European Championship – OK/Junior on the Pro Kart Raceland of Wackerdorf.