The Kosmic Kart Racing Department had a positive weekend for the First Round of the WSK Open Cup at the South Garda Karting of Lonato where drivers constantly fought for top ten-positions in OK-Junior and OK. 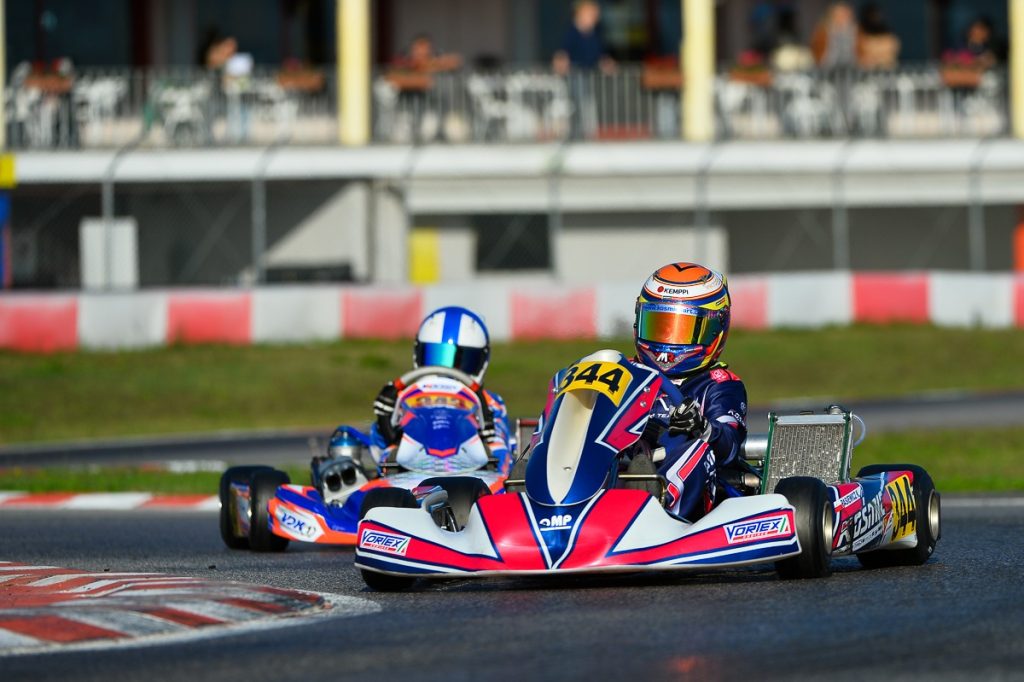 In OK-Junior, Alexander Gubenko and Karol Pasiewicz made progress during the whole weekend. Alexander, especially, stood out for a brilliant performance in the Qualifying Heats with three top ten-results including a fourth place. Karol had quite an eventful run of races with a fifth place as best personal result.

Both drivers raced two Prefinals at the top: Pasiewicz took the eight place after recovering seven positions and taking the best lap, while Alexander Gubenko ended up in sixth. Such results allowed him to start the Final in a good position. He had a great start, moving forward to eight place before being involved, as Pasiewicz, in a brawl that didn’t enable them to completely express their pace.

The innovation of this weekend at Kosmic was the OK debut of Luigi Coluccio who showed encouraging performance despite his efforts not being entirely rewarded in the Final. The new standard-bearer of the team became immediately familiar with the Kosmic/Vortex material and came close to the top ten in all of his heats. The good feelings were confirmed in the Prefinal where Coluccio gained access to the decisive race by recovering several positions after having slipped backward during the first laps. In the Final, however, the young Italian was forced to withdraw in the opening lap without having the possibility to deliver his potential.

The next race on track for the Kosmic Kart Racing Department is scheduled for the weekend of November 10th with the last and decisive round of the WSK Open Cup on the 7 Laghi Circuit of Castelletto di Branduzzo.