The drivers of the Kosmic Kart Racing Department carried out their progression seen at Lonato to the Second Round of the WSK Open Cup, last weekend on the 7 Laghi Circuit, where excellent results were achieved on a difficult wet track. 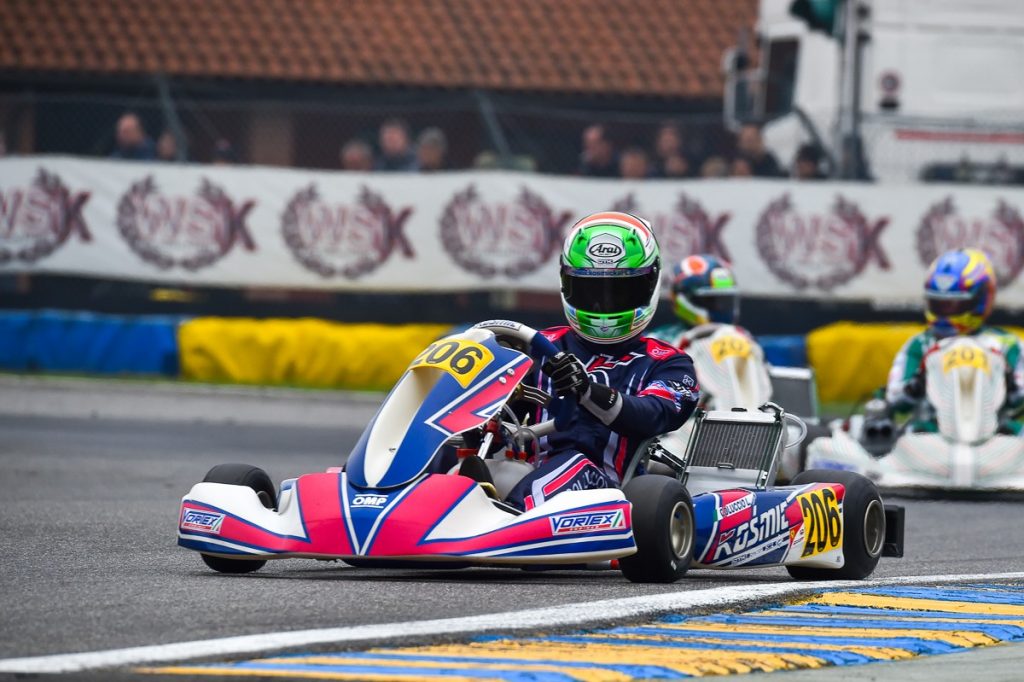 After the positive results obtained two weeks ago in Lonato, the Kosmic Kart Racing Department again delivered great performance at the last meeting of the WSK Open Cup. Despite the uncertain weather complicating the races on the 7 Laghi Circuit in Castelletto di Branduzzo, the team’s drivers managed to exploit their material at their best, fighting for the first positions and always proving to be very competitive.

In OK-Junior, the weekend of Alexander Gubenko started the best way thanks to a third place in Qualifying. He then took a fifth and two fourth places-finishes in his heats, followed by another fourth position in the Prefinal. Unfortunately, his Final turned out to be more complicated as a penalty made him lose a few positions.

Karol Pasiewcz was faced with a similar situation at the end of a weekend spent at recovering places in his Qualifying Heats and Prefinal where he overtook seven rivals. Kosmic’s newcomer Miron Pingasov made a promising debut but, unluckily, had to retire in the Final right when he was gaining positions.

Luigi Coluccio carried out a great performance in OK. From the very beginning, the Italian expressed all his potential, fighting for the first position. He clinched a third and a second place in his heats and started fifth in the Prefinal, finishing sixth. In the decisive race, Luigi proved once again his high level without ever losing contact with the leaders, climbing to the third position before ending in sixth with the best lap.

After the WSK Open Cup, the Kosmic Kart Racing Department is getting ready for its last race meeting: the WSK Final Cup taking place this weekend on the Adria Karting Raceway for the 60 Mini, OK-Junior, OK, and KZ2 categories.