Freddie Slater kept his dominance over the Mini category this Sunday on the Sologne Karting Circuit of Salbris where the young British hopeful claimed not only his third season victory but also the overall title in this year’s IAME Euro Series! 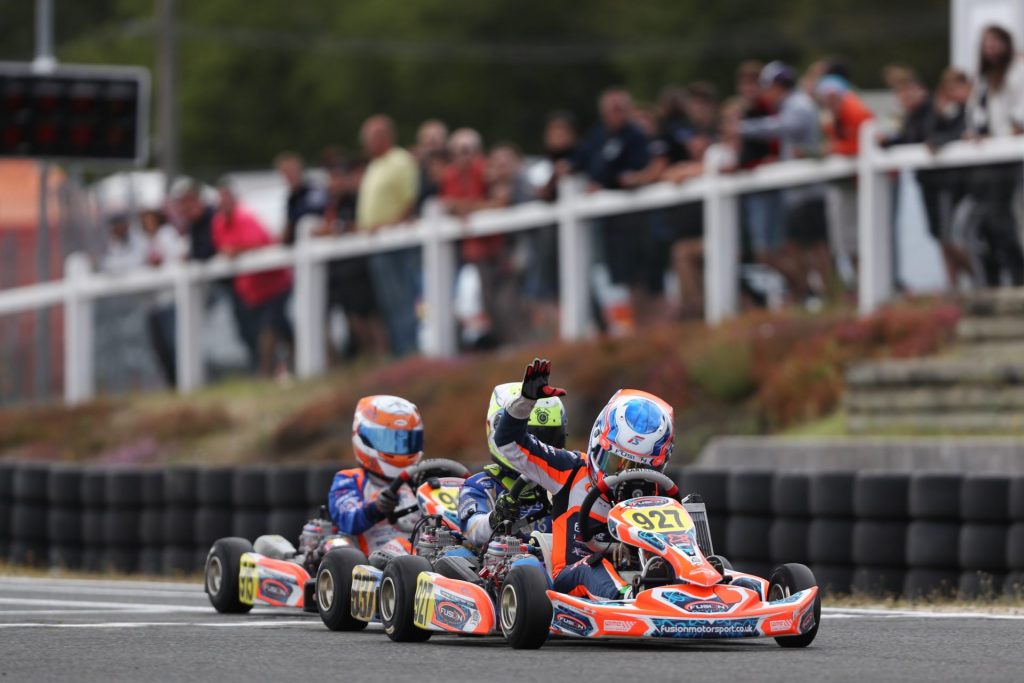 Already the fastest against the clock on Friday, provisional leader after the heats on Saturday, Freddie Slater made sure to spend a Sunday as fruitful as the rest of his weekend by winning the morning Prefinal.

From pole, the Fusion Motorsport driver took the best start at lights out and kept the lead from lap 1 to 13 while resisting the pressure from his closest pursuers Leo Robinson (Fusion Motorsport) and Lucas Fluxa (Praga Espana Motorsport). The Spaniard, having made up six positions, overtook the Brit halfway through the race and closed the gap on Slater but couldn’t eventually find an open door as the two youngsters crossed teh finish line split by just 0.053 seconds!

Click here to see the full classification of the Mini Final in Salbris.

In the season standings, Slater claimed the overall title thanks to three wins out of four and 267 points, followed in second position by Fluxa at 244 points and Robinson with 241 units.