The Final of the Junior category came down to a thrilling wheel-to-wheel battle between Freddie Spindlow and Oliver Bearman this Sunday on the Karting Circuit of Salbris, host of the closing round of the IAME Euro Series! While the former could celebrate his first season victory, the latter left Salbris with the class title in the pocket! 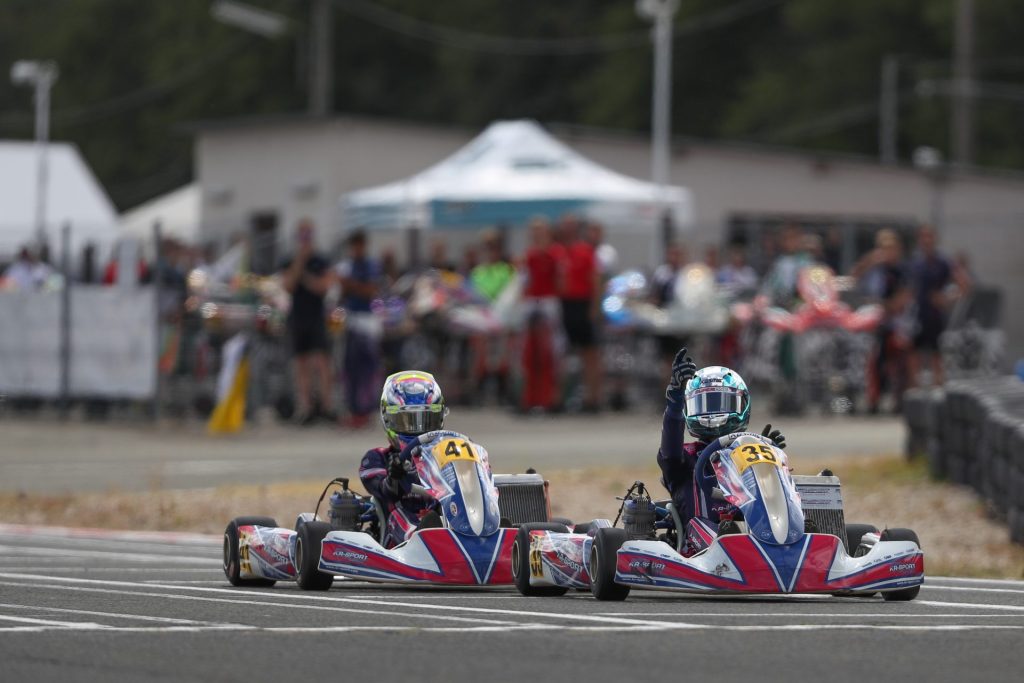 Could Oliver Bearman have been able to get past his countryman Freddie Spindlow for the final laurels? The answer to such a question will remain forever unknown at the conclusion of an epic 16-lap showdown between the KR-Sport teammates.

From the opening lap of the Junior Final, the two isolated themselves in the lead as the polesitter Santiago Ribeiro (Escola Karting Oeste) couldn’t keep his momentum from the Prefinal – where had put up an impressive recovery in mixed track conditions from 32nd to 1st after being recovered from the “Second Chance Heat” race – and fell the order down to 19th.

Never split by more than 0.2 seconds, Spindlow and Bearman kept battling from start to finish where they crossed the line in that order with Josh Rowledge (Mick Barrett Racing) stepping on the podium’s third step after Alfie Rigby (KR-Sport) was penalized with five seconds (front fairing).

Click here to see the full classification of the Junior Final in Salbris.

In the season classification, Bearman claimed the title with 252 points, followed by Gray at 241 and Luzio with 231.