Oliver Bearman remained undefeated in his three Qualifying Heats this Saturday on the International Karting Circuit of Salbris where the 2019 IAME Euro Series finds its conclusion. The Brit holds his lead ahead of the decisive races of the Junior category. 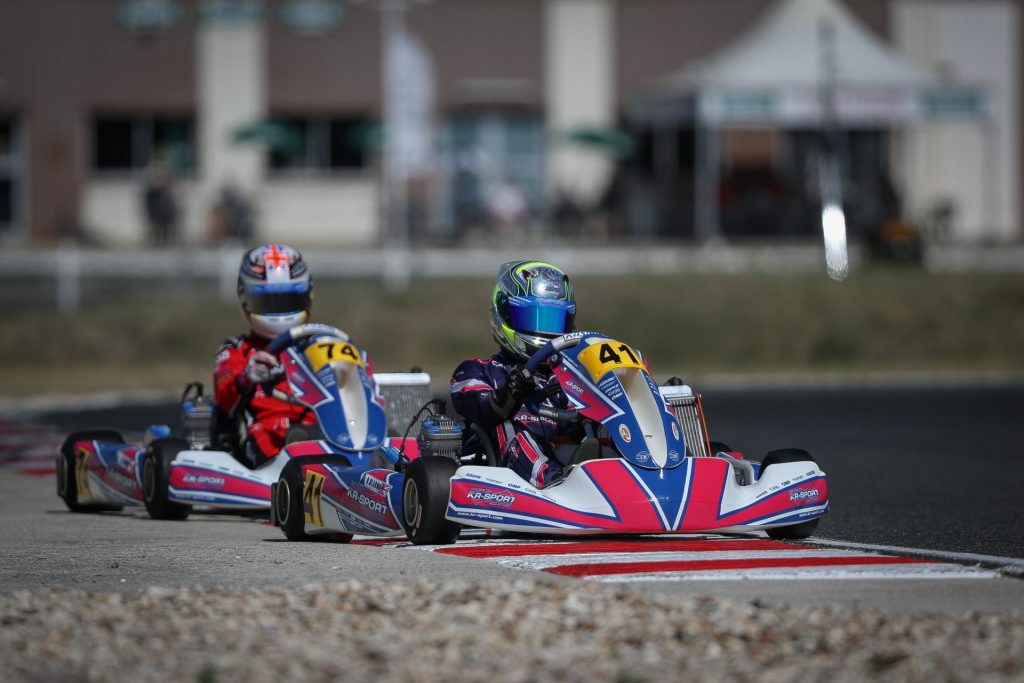 With three consecutive victories, Oliver Bearman (KR-Sport) put his pole position to good use in the Junior class where he kept his leader seat at the end of the six Qualifying Heats run today between the category’s 37 drivers.

As in Qualifying, the strongest names came all from the Channel’s other side with five other British drivers locking up the upper part of what will be the Prefinal’s starting grid. Classified in second place, Alfie Rigby (KR-Sport) claimed one win and two second positions and concluded his day in front of Oliver Gray (DHR) whose Qualifying’s 10th lap time didn’t prevent from taking one victory in his closing race.

The Prefinal of the Junior class will start this Sunday at 12:10. A race that you will be able to follow on The RaceBox.

Click here to see the full provisional standings after the heats.