The Second and Final Round of the 29th Trofeo d’Autunno awarded the absolute victories in the national categories. Amongst the 353 drivers registered for the final race, the ROK Cup categories were also competing in preparation for the International Superfinal taking place this week. 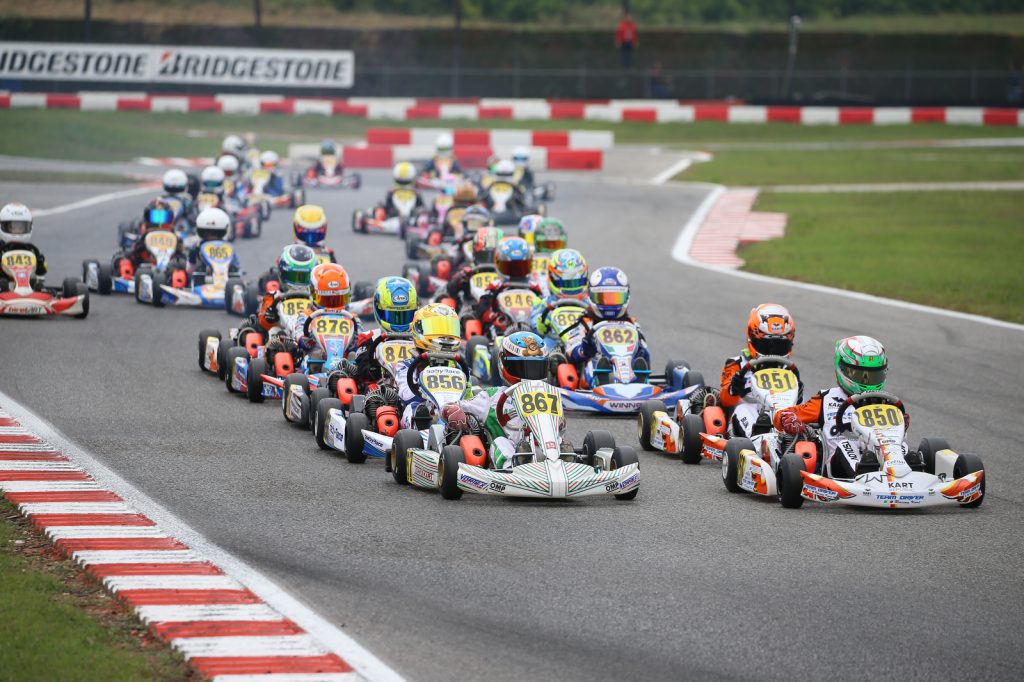 The 29th Autumn Trophy at the South Garda Karting ended with an exceptional show on track with the second Final that broke the record of 654 participants in the total of the two events that unfolded on September 29th and October 6th.

In both races, the national categories KZ2, KZN Under, KZN Over, 60 Mini and Entry Level competed. In the first event, 301 drivers registered within the IAME X30 categories. In the second, the number of participants reached 353 with the inclusion of the ROK Cup. A result that set another record of participation at the South Garda Karting of Lonato, confirming the event as one of the most popular ones.

The organization of this double competition was excellent. The second race on October 6th was also an opportunity for the drivers of the ROK Cup categories to refine their preparation for this week’s big event, the Superfinal of the International ROK Cup which from October 9th to 12th will feature 435 drivers coming from 35 countries and from all five continents.

The national categories were in the running for the overall victory in the Autumn Trophy. In KZ2, Trentino Massimo Dante (Maranello/TM) took the first position in the general classification and celebrated for the third consecutive year the victory in the Trophy, thanks to the points collected after his second-place finish obtained behind William Lanzeni (CKR/TM) and the success already gained in the first race. Among the fastest of this second race was also Lanzeni’s teammate, the young Michele Fontana, third on the finish line in front of two other protagonists, Fabrizio Rosati on Maranello/TM and Manuel Cozzaglio on BirelArt/TM.

Double score also for Marco Pagani (Parolin/TM), dominator of the category and winner of both races. In the second installment, Pagani preceded Roger Ricco (Tony Kart/TM) and Ferruccio Alacqua (Intrepid/TM).

In the Mini 60, full success for the young Bulgarian Nikola Tsolov (Parolin/TM) who preceded his teammate the Austrian Kiano Blum and the Slovenian Aleksandar Bogunovic (Tony Kart/TM). The first of the Italian drivers was Andrea Pirovano (Parolin/TM) with the fourth position. With this success and the second position in the first round, Tsolov won the Trophy.

With the success obtained in the second round, Matteo Melis (Energy/LKE) won the Autumn Trophy, overcoming the winner of the last race, Pietro Bagutti (Energy/LKE) who finished fifth in this race. Melis won the final race in front of Ludovico Mazzola (Parolin/IAME) and the South African William Mailula Reagile (Praga/TM).

The Mini ROK was dominated by foreign drivers. At the end of a fought final sprint, the victory went to the Russian Kirill Kutskov (Energy/Vortex) of the Energy Corse Team ahead of his Jamaican team-mate Alex Powell. Third was the Arab Emirates representant Rashid Al Dhaheri (Parolin/Vortex) of the AV Racing team ahead of team-mate the Polish Jan Przyrowski. The first of the Italians was Francesco Marenghi (Energy/Vortex).

The Junior Rok was also particularly fought. The victory went to Daniele Federici (Tony Kart/Vortex) of the Zanchi Motorsport Team ahead of team-mate Rocco Mazzola. Third place went to Matteo De Palo (FA Kart/Vortex) after taking the lead in the final laps, followed by the Belgian Douwe Dedecker (KR/Vortex) and the American Luca Mars (Tony Kart/Vortex).

Giuseppe Gaglianò (KR/Vortex) came first in the Senior ROK at the finish line but, at the end of the race, was penalized with five seconds due to the incorrect position of his front spoiler. He was pushed back to third in the standings. The victory went to Leonardo Moncini (Exprit/Vortex) with Federico Albanese (Righetti Ridolfi/Vortex) in second position.

In the Super ROK, Mattia D’Abramo imposed himself on the Andorran driver Alex Machado and on the New Zealander Rianna O’Meara-Hunt, all on Tony Kart/Vortex.

In the Shifter ROK, success went to Luca Bosco (Tony kart/Vortex) dominator of the Final and winner ahead of Alessandro Buran (VRK/Vortex) and the Swiss Michael Muller (Energy/Vortex), with the American James Myers (CRG/Vortex) fourth and Edoardo Tolfo (Praga/Vortex) fifth.