Winner of his last Qualifying Heat, the Dutchman Robert De Haan will lead the field into the closing race of the Academy Trophy (start at 14:50) of the Second Round of the FIA Karting European Championship this Sunday at Sarno. 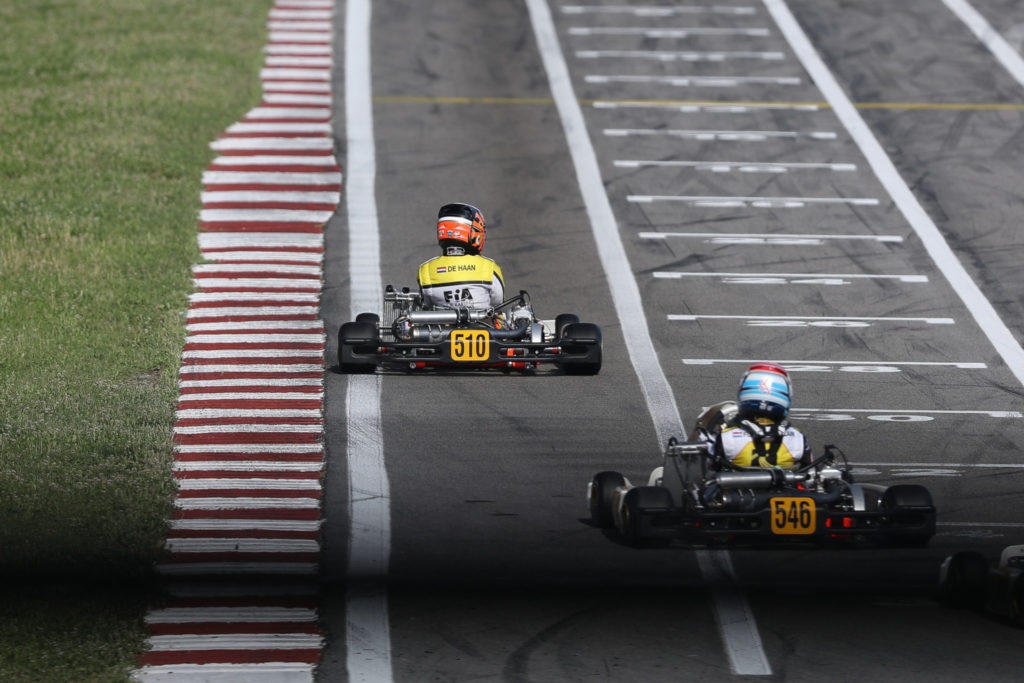 De Haan managed to add a second win (C-D) to his tally and will start the Final from Pole position. Kajus Siksnelis, also winner of his last qualifying race (A-B), will complete the front row of the grid.

Provisional points leader on Saturday night, Oleksander Partyshev will be on the second row with Jacob Douglas by his side. Christian Ho will start from fifth ahead of Paolo Ferrari, Bartlomiej Piekutowski, Gael Julien, Joshua Coertze, and Filip Jenic.

Follow the final race of the 2019 FIA Karting European Championship – Academy Trophy on our Live page!