This weekend, the last decisions in the German Kart Championship are going to be made on the Schweppermannring in Ampfing where 188 drivers from more than 20 nations are going to start in the five DMSB grade series with, among them, three current Kart World Champions. 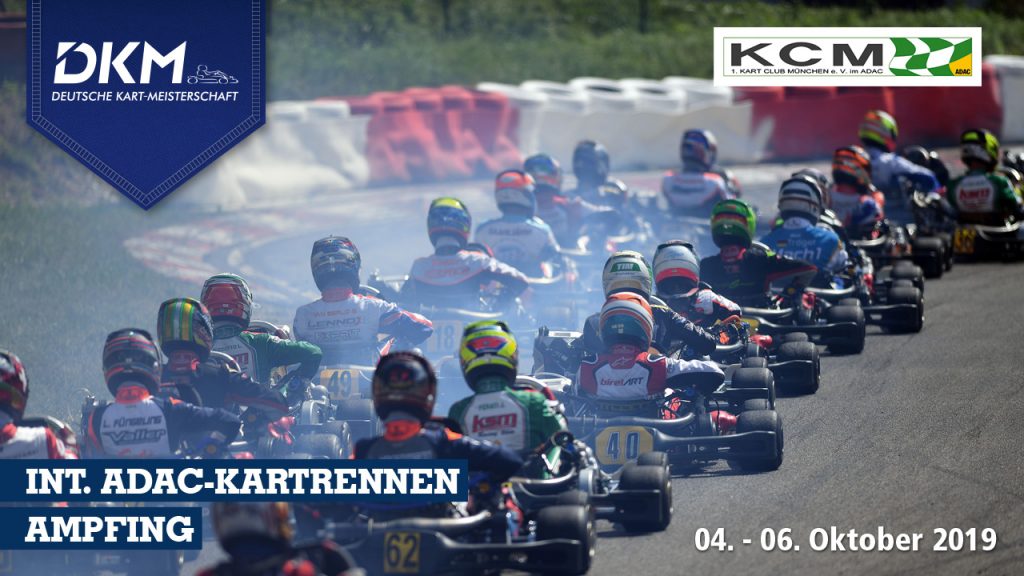 The 1.063 meter-long track in Upper Bavaria has been a solid part of the German Kart Championship for a long time but there is still going to be a premiere. For the first time, the 1st Kart Club Munich e.V. in the ADAC is going to host a race in the highest German kart racing series.

With 188 drivers, the interest is again really high at the season finale as well. A high-class field from more than 20 nations is going to start in Ampfing with, among them, Thomas Ten Brinke, Lorenzo Travisanutto, both crowned in OK-Junior and OK at Alahärmä, and Emilien Denner, who recently dominated the KZ2 International Super Cup in Lonato.

Fights for the titles in focus

The fights for the titles in the four classes – DKM, DJKM, DSKM, and DSKC -are going to be in focus. There are still three Championship-aspirants in the top class. The German Hugo Sasse (TB Racing Team) is currently leading the championship but, in consideration of the void results, his pursuers Harry Thompson (Ricky Flynn Motorsport) and Lorenzo Travisanutto (CV Performance Group) are close behind.

There is also going to be a duel in the Junior field between Robert De Haan (Energy Corse) and Christian Ho (Ricky Flynn Motorsport). De Haan has won five races so far. At the last event in Genk, Ho was unstoppable though and, thereby, got back in the pursuing role. The best German driver Jakob Bergmeister (Millennium Racing Team) is still fighting for a place among the top three in Ampfing.

The two shifter kart classes are divided. While in the DSKM, Stan Pex (SP Motorsport) is on the best way to the title, three drivers are still fighting in the DMSB Shifterkart Cup. Leading driver Valentino Fritsch (Birel ART Racing KSW) impressed with a high consistency so far – he hasn’t won a ranked race in 2019 but always gained high points. His pursuers Senna Van Walstijn (SP Motorsport) and Davids Trefilovs (SRP Racing Team) have already won races on the other hand and can still overtake Upper Palatine resident Fritsch.

Contrary to the other participants, the pioneers of the German Electric Kart Championship are only going to take part in their semi-final in Ampfing. Drivers from eight nations are going to start at the first pure Electric Kart racing series in the world. After a four-time victory by Jasin Ferati in Belgian Genk, the field at the top has gotten really close. Currently, Luca Wlömer is leading the overall list of rankings with 186 points, but his pursuers are close behind. First and foremost, the Swiss Ferati who’s only 22 points behind the German. Joel Sturm in third place also still lies in waiting, 46 points behind the leading driver.