After a long break of nine weeks, the participants of the German Kart Championship are back on track at the Erftlandring of Kerpen this weekend. 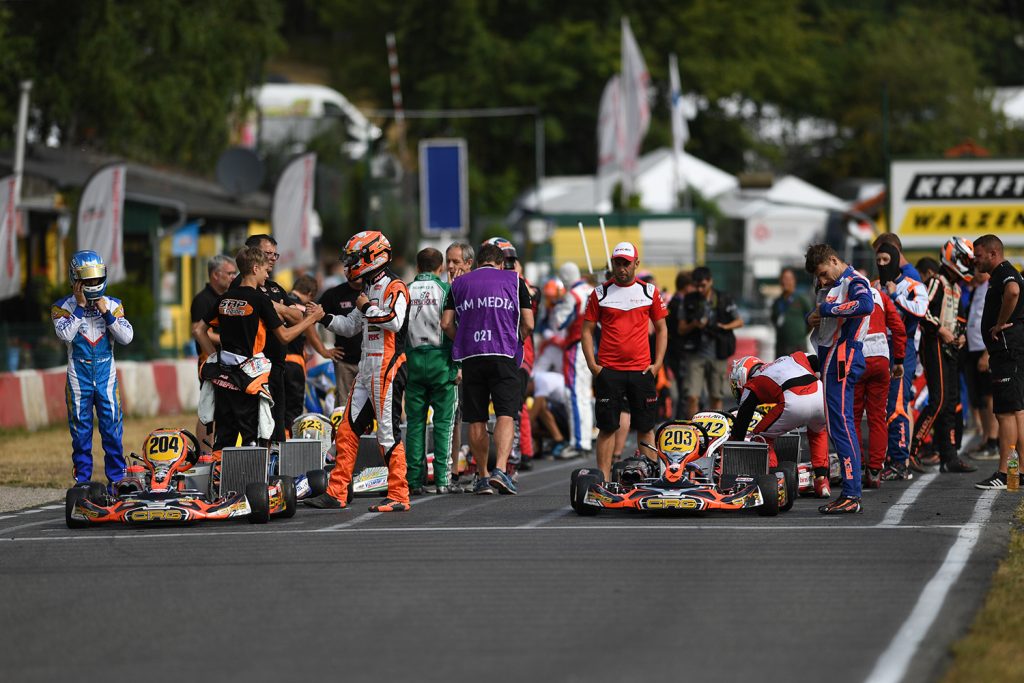 The venerable track has been a constant part of the DKM racing calendar for years and always poses a special challenge. Formula 1 record World Champion Michael Schumacher and four-time Formula 1 World Champion and DKM patron Sebastian Vettel began their motorsports careers there. In the DEKM, DTM-driver Ferdinand Habsburg will be attending as a popular guest driver.

186 participants from all over the world are going to travel to Kerpen next weekend and drive the half-time races of the German Kart Championship. The 1.107 meter-long Erftlandring has been a part of the highest German kart racing series for decades and still has a special flair. Unlike some of the new tracks, this one is especially challenging and demands full concentration. In the past, there were always several surprises regarding the fights for victory in Kerpen.

As leading drivers, Lorenzo Travisanutto (DKM), Robert De Haan (DJKM), Fabian Federer (DSKM) and Valentino Fritsch (DSKC) will be the ones to watch. No one has clearly set themselves apart yet in all four grade series and close races are to be expected at the half-time event. From a German point of view, there are several candidates for victory. In the German Kart Championship, Hugo Sasse (TB Racing Team) stands in second place and wants to repeat his victory from 2018 on that very track.

Local driver in the Juniors is Jakob Bergmeister (Millenium Racing Team) who is classified in third place in the overall list of rankings. With Valentino Fritsch (BirelART Racing KSW), a German driver is leading the DMSB Shifterkart Cup. Fritsch was able to score due to a high consistency and is ready to celebrate his first race victory in Kerpen.

Only in the DSKM there is no German driver competing for the title. Here, all eyes are on the reigning Champion Fabian Federer (SRP Racing Team). He has good chances of defending his Championship Cup but the competition isn’t sleeping either. Seven-time Champion Jorrit Pex (SP Motorsport) gained his second European Championship title a couple of weeks ago and is now starting highly motivated.

All fans at home or on the road can follow the races of the DKM and its grade series via live-stream on www.kart-dm.de. At the same time, lots of information can be viewed on the social media channels of the DKM. The stream will start on Saturday at 10:30 am and Sunday at 9:15 am.

Austrian Ferdinand Habsburg will start as a popular VIP driver in the German Electric Kart Championship in Kerpen. Habsburg celebrated his first motorsport victories in various Rotax classes and is making his debut in the German Touring Car Masters this year. Next to Habsburg, the Championship fights will be the center of attention. After the kick-off in Wackersdorf, Luka Wlömer from Berlin is leading the Championship. A double burden awaits local driver Nico Hantke (Hürth). He is also a guest driver and simultaneously starts in the DKM.

The karts will already hit the Erftlandring track on Friday. The participants can get used to the track during numerous free trainings. The official kick-off is then going to be Qualifying followed by the Qualifying Heats on Saturday. These will determine the starting positions for the final races on Sunday.