Dick Yu will represent again Team Hong Kong in the 2020 IAME International Final thanks to his win in the IAME Asia Final organized in November on the Langkawi Circuit, in Malaysia, where he defeated a strong opposition in X30 Senior with the PR1 Racing Team. 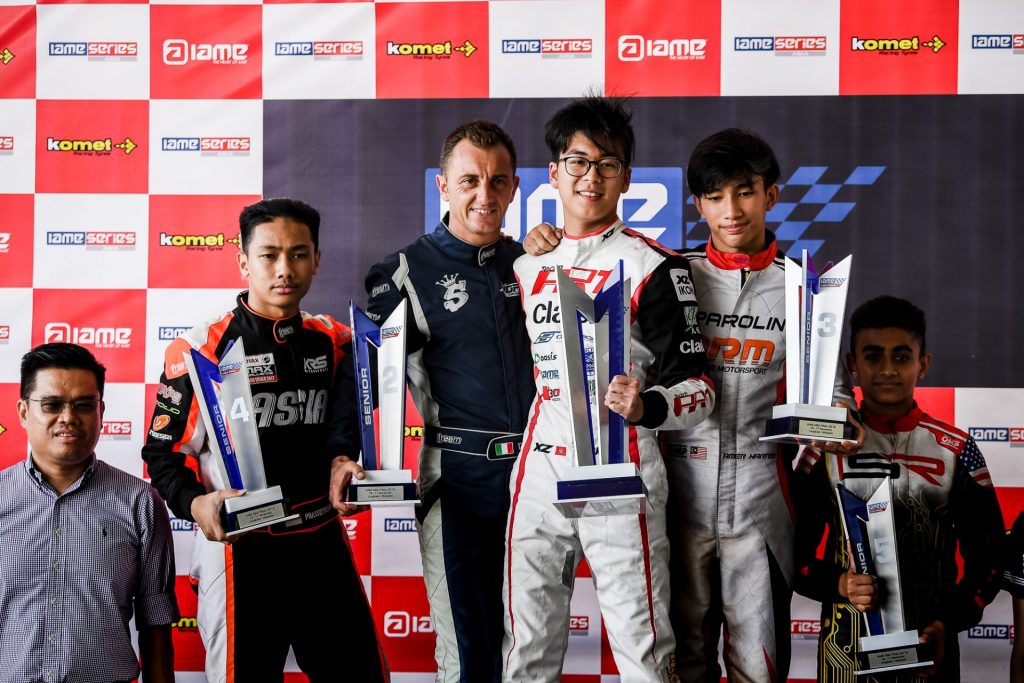 Dick Yu will once again be headlining the Hong Kong expedition to the 2020 IAME International Final in the Senior category following his success in the recent IAME Asia Final, the peak event of the IAME Series Asia season, that unfolded in November at the Morac Adventure Park of Langkawi in Malaysia. Driving a CRG chassis for the PR1 Team, Dick confirmed his overall progress witnessed over the past few months by beating a strong contingent of almost 30 drivers in X30 Senior, including some eye-catching names in the likes of five times World champion Davide Forè (OTK) and 2018 OK European Champion Hannes Janker (KR), along with some of the best representatives from the Asian continent in Adam Putera (KR), Prassetyo Hardja (KR), and Amer Harris (Parolin).

This performance came as the season highlight for the young driver who had previously delivered a strong string of results in the IAME Series Asia that he concluded on the third step of the podium, his best end result in the competition following years of improving performances that include three victories in the Hong Kong Kart Club Championship, a triumph in the Chinese Karting Championship but also a top ten in the Superkarts! USA SuperNationals while participating four times in the IAME International Final of Le Mans. Having clinched victory in the Asia Final, he will tackle IAME’s main event of the year for the fifth time in 2020 with the ambition of making up for his last appearance, in October, that didn’t live up to the expectations in the X30 Senior class.

Well surrounded in Malaysia by his personal coach from ten years Kenneth Chung and CRG’s Team Manager Glenn Keyaert, Dick put lots of energy and determination to perform well in the IAME Asia Final, his pace getting better in each session on his way to the qualifying heats where he finished twice in the top six. He then climbed up the field from fifth to first in the Prefinal, overtaking then distancing by almost four seconds David Forè and Hannes Janker.

Confident in both his pace and material, Dick carried out his momentum to the category’s Final where he had the best start from pole position and kept his opponents at bay during the entire race. Having built an almost 2.5 second-gap over Forè, he could cross the chequered flag as the X30 Senior victor in front of the Italian driver with whom he got to share some interview time after the podium ceremony before celebrating the result with his entire team.

With his qualification now secured for the next IAME International Final, Dick Yu can only look forward to a 2020 season that might include competing in other series across Europe such as IAME X30 or OK to get as ready as possible for his fifth participation in Le Mans where he’ll enter again in X30 Senior with Team Hong Kong.

Watch: CRG’s Team Manager Glenn Keyaert talks about Dick’s achievement at the Asia Final and what the future might bring for the 16-year-old driver.