With the reigning World Champion Lorenzo Travisanutto within its squad, CV Performance Group could count on a top-class driver this year, and the Italian met the expectations placed in him last weekend by taking home the OK title in the WSK Euro Series, rewarding months of hard work by the German team in their perpetual search of success. 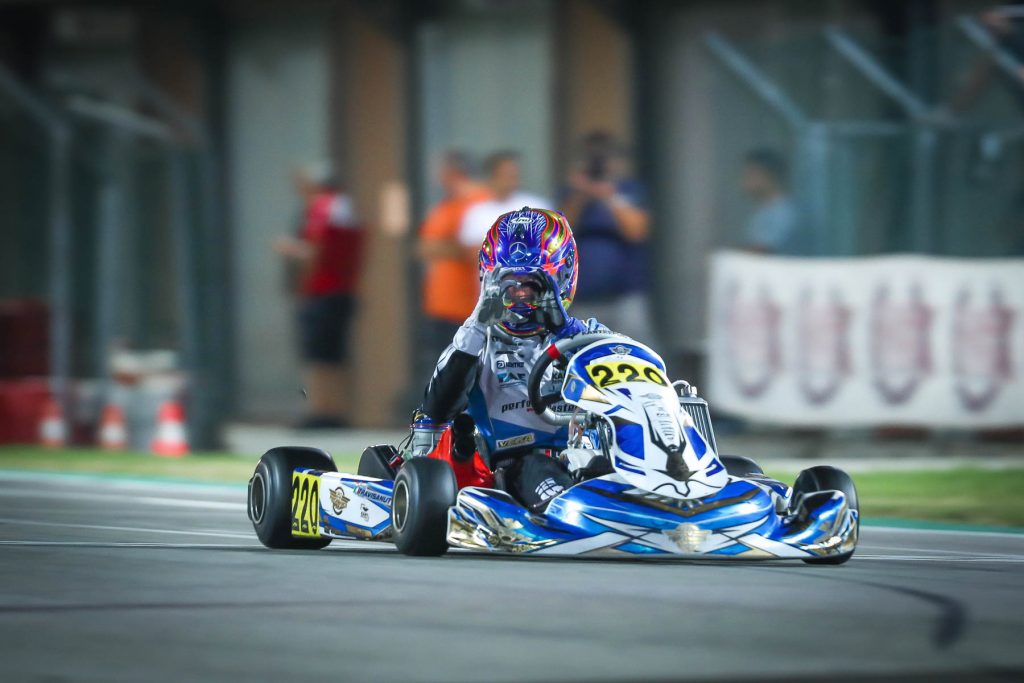 Already since the second race of the Series in Angerville, France, Lorenzo Travisanutto was leading the OK standings, having collected enough points to be considered as one of the main title favorites before the final. This time, special conditions were waiting for the participants as the race was hosted during night time under the floodlight. For Christian Voß, the head of the team, this was a successful alternation in the calendar: “This has a special charm with the feeling of a 24-hour race. We try to not make any mistake and obviously want to win the title.”

Provisional leader, Lorenzo Travisanutto didn’t leave any doubt about his ambitions. He delivered three strong performances and was ranked seventh for the Prefinal in which he, again, drove to the front of the field and continued to earn important championship points up to third place.

The decision was made in the 20-lap Final. From the beginning, the Kart Republic driver asserted himself in the upper field and kept out of all skirmishes. He saw the checkered flag in fourth position and celebrated the win in the WSK Euro Series – OK.

Lorenzo Travisanutto: “This is a good feeling, a big thank you to the entire team for the great work throughout the course of the four races.”

Christian Voß: “For us, it is the first year where we are on the international field in the OK class and to immediately win such a renowned championship is a big success. This gives us up wind again because important races are still waiting in which we have to convince. A big thank you goes out to our partners who accompanied us until now.”

The team will continue its season this upcoming weekend with the ADAC Kart Masters in Oschersleben where some drivers of the team already celebrated a triple success in the X30 Senior class in the frame of the ADAC Kart Cup!