The hunger for success continued last weekend for the CV Performance Group competing in the half-season round of the ADAC Kart Masters in Oschersleben. Both O’Neill Muth and Linus Jansen celebrated victory in X30 Senior and consolidated a quadruple lead in the kart race series of the second largest automobile club in the world! 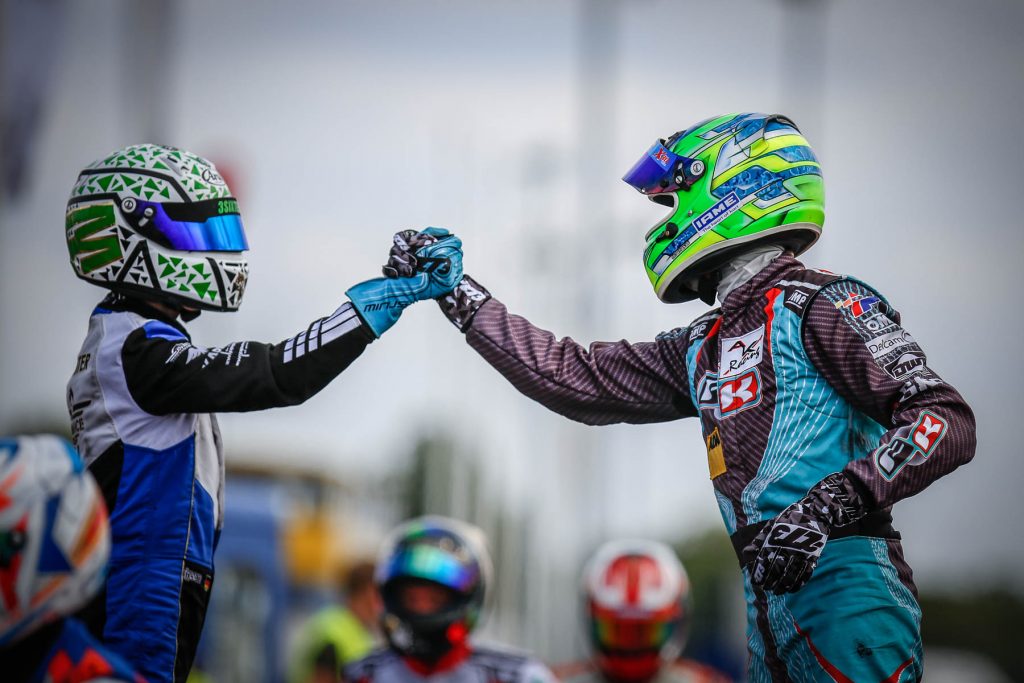 CV Performance Group entered six drivers last weekend in the motorsport arena of Oschersleben for the half-season race of the ADAC Kart Masters where they delivered great performances in both the OK and X30 Senior classes that underlined once more the competitiveness of the Kart Republic collective.

Leader of the X30 Senior championship, O’Neill Muth completely lived up to his role on the 1.018-meter long track of Oschersleben. In Qualifying as well as in the heats, nobody could pass the fast Belgian driver. O’Neill subsequently used his starting position also in the first races and won, only a time penalty keeping him from a double victory in the second run where he finished fifth.

Linus Jansen was right behind his teammate. From seventh in Qualifying, the youngster fought his way up to fourth. In the first scoring run where he placed second, Linus inherited his teammate’s victory and was standing on the upper step of the podium. Louis Kulke also showed strong performances. In the final races, the Westphalian reached respectively fourth and third to collected more trophies for the Altendiez team.

For Claudia Henning and Ferdinand Winter, the start for the weekend was perfect. Claudia made it to second into her first race and finished in sixth position. Unfortunately, a deficiency turned the Final into a round without points for the X30 Senior newcomer. Also, Ferdinand was ranked fourth after Qualifying and in striking distance, he had to denote a deficiency in the heats. Nevertheless, the youngster proved his fighting spirit and created a furor with two Top-Ten finishes.

Chris Rosenkranz made his debut in Oschersleben in the OK Senior class. As a rookie, he mastered the transfer from X30 and finished within the top class field in eleventh position.

Christian Voß (Head of the team): “This weekend carried the fruits of the hard work of the past months. Additionally to the great performance here in Oschersleben, we were also able to convince in France. Kobe Pauwels saw the checkered flag in eight position and represented our colors there. I am proud of my drivers’ accomplishments – we seem to continuously be on the right track.”

The CV Performance Group will be back on track again this weekend. Then, the team from Altendiez will participate in the half time race of the German Karting Championship in Kerpen where Lorenzo Travisanutto will enter as one of the top favourites.