Even before the Final of the ADAC Kart Masters in Wackersdorf, it was clear that a driver from the CV Performance Group would win the title in the X30 Senior class. Which one exactly was decided in the last races of the season. In the end, O’Neill Muth was able to cheer three times as the Belgian driver won both Finals and the championship at the same time. Overall, the team took the first four ranks in the final evaluation. 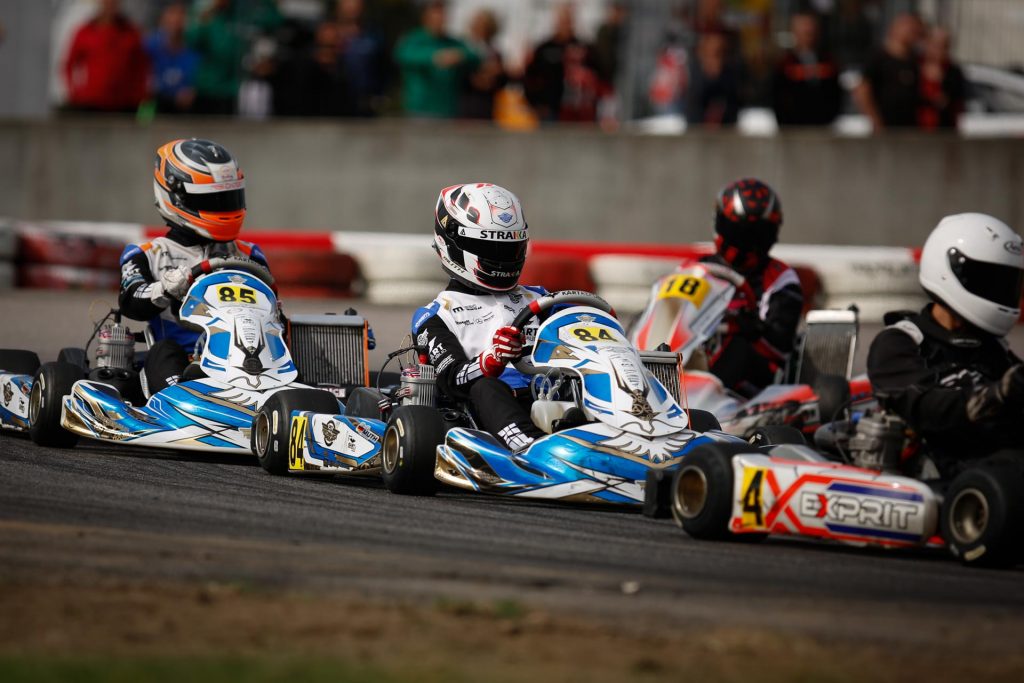 As the overall leader, Linus Jansen travelled to Wackersdorf after his victory in Kerpen and wanted to win the title. In fourth place after the Heats, he was in the best mood looking forward to the final races. In the first round, the dream of the title ended in the track limitation. From the end of the field, he showed an impressive catch-up race and finished 17th. Linus tied in with a sixth place in the second round but it was still not enough to take the crown. In the evening, he was honoured as runner-up.

The big trophy, on the other hand, was given to O’Neill Muth. The Belgian finished 21st in the intermediate classification after a failure in the heat. In the first Final, he succeeded in driving from the back to the top of the hard-fought field and won. He defended his rank in the second round and was crowned the new champion of the ADAC Kart Masters.

“The year was very good for us, despite some setbacks. In Kerpen and also here, I had to fight my way out of the chasing field. I would like to thank Strakka Racing, the CV Performance Group and my parents for their excellent support,” said the Kart Republic driver at the finish line.

Louis Kulke also drove in the Top Five. The fosterling from Bad Salzuflen finished fourth and second in the Finals after tough duels. With this, he collected championship points and finished the season in third overall. Claudia Henning made the quartet perfect. The fast Bavarian driver raced to Pole position in Qualifying and also defended the lead in the heats. In the fight for victory, however, she had to take a deficiency in the first Final and was placed at the end of the field as a result. In the second round, she fought her way up to the tenth place.

Ferdinand Winter experienced his best weekend so far in the ADAC Kart Masters. Already after the heats, he was ranked seventh in the top field and continued in the Final. In fifth, he made the jump to the cup ranks. Unfortunately, the good trend was stopped by a failure in the second run. Louis Klinkhammer was the sixth driver to represent the colors of the Kart Republic team. In an impressive recovery race, the Krombacher driver went from starting in 30th place to being placed 15th in the first race. Unfortunately, due to a deficiency, he could not repeat this performance in the second round.

Despite the smaller ups and downs, team leader Christian Voß was satisfied with the performance of his drivers: “So far, no team was successful to finish the year with four drivers in the top rankings. This end result is the reward for the hard work throughout the season. Everyone has contributed to this moment with their commitment and I want to thank them all.”

Already this upcoming weekend, the next highlight awaits with the German Kart Championship. In Ampfing, Lorenzo Travisanutto is still fighting for the title in the highest German kart race series.