The Italian driver made a great work with his new engine tuner (Tec-Sav) in view of the World Championship, collecting a lot of data and showing great performances. 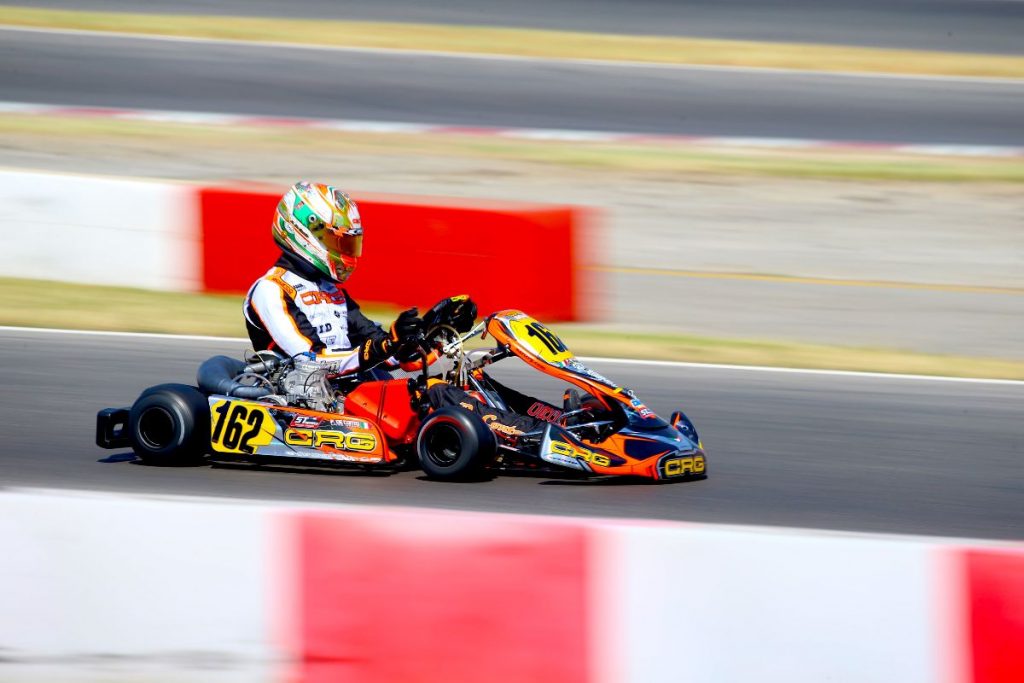 It’s been a productive weekend for CRG at the South Garda Karting track in Lonato for the Third Round of the WSK Euro Series including the final meeting for the KZ2 class. For the CRG Racing Team, it was a good occasion to work on the same circuit that will host the KZ World Championship and the KZ2 International Supercup in September, and collect useful data for this event.

For Paolo De Conto, it was the first official race with a new technical staff for what concerns his TM engines on track, entrusted to the French structure Tec-Sav. His working schedule was intense and despite some inconveniences in the heats, he kept the same pace of the best drivers in Prefinal and Final. In Prefinal, De Conto recovered 13 places making the second fastest lap, whilst in the Final he recovered nine positions, ending in seventh place.

Also in KZ2, Pedro Hiltbrand’s weekend was harder even if he also had a good pace, especially on Sunday.

In OK, Kas Haverkort, racing with CRG Keijzer, was among the fastest again and ended in the Top Ten whilst his teammate Niels Troger finished 16th.

In OK-Junior, Enzo Trulli worked a lot on new technical developments but didn’t find a satisfactory pace during the race even if he managed to qualify for the Final.