The eighth edition of the IAME International Final has officially started for Michael Yuen, Dick Yu, and Kenneth Chung, the ambitious trio from Hong Kong driving with the CRG Factory Team at the peak event of the IAME calendar on the Le Mans Karting International! 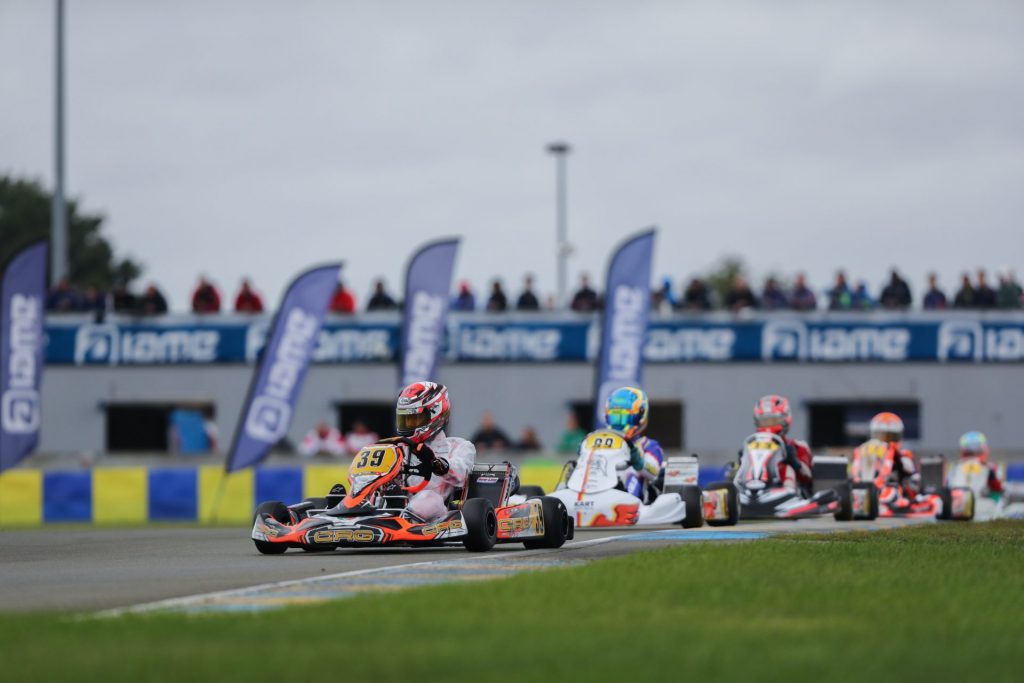 Following a few days of free practice to get themselves at ease with the layout of the French circuit, Michael Yuen (Junior), Dick Yu (Senior), and Kenneth Chung (Master) went through the opening stages in IAME’s biggest annual event with the Qualifying Practice Sessions, on Tuesday, followed on Wednesday by the first Qualifying Heats run in changing track conditions.

Entered in X30 Junior, Michael Yuen made good use of the Non-Qualifying Practices to work on his improving pace. The 13-year-old took the 25-fastest lap of his qualifying group yesterday. As track conditions constantly went from dry to wet with rain falling on multiple occasions, Michael made some good first two races to improve on his only six months karting experience!

In the Senior field, Dick Yu, 16 years old, set the 22th-fastest lap of his qualifying group as he got caught out by the changing conditions and saw the chequered flag of his opening heat in 22nd position having to cope with a slippery track that didn’t help to maximize his good pace within the field.

The most experienced member of the trio, Kenneth Chung, 47 years old, quickly found his marks on a track where he had previously appeared three times for the same competition, taking the 13th-best time in his qualifying group. From 16th on the grid, he lost a bit of ground in his first heat race before putting on a great pace in his second run concluded in ninth position and first of the Veterans!

The next qualifying heats of the IAME International Final for the Hong Kong trio from CRG will take place this Thursday as follows (European Central Time, Le Mans, France):

The updated results of the IAME International Final are available on The RaceBox website with live timing & streaming.

You may also like: CRG Hong Kong with high ambitions at the IAME International Final