In KZ, Paolo De Conto and Pedro Hiltbrand are looking for redemption after their unlucky race in Wackersdorf. In KZ2, Simone Cunati is in contention for the European title with the Modena Kart team. 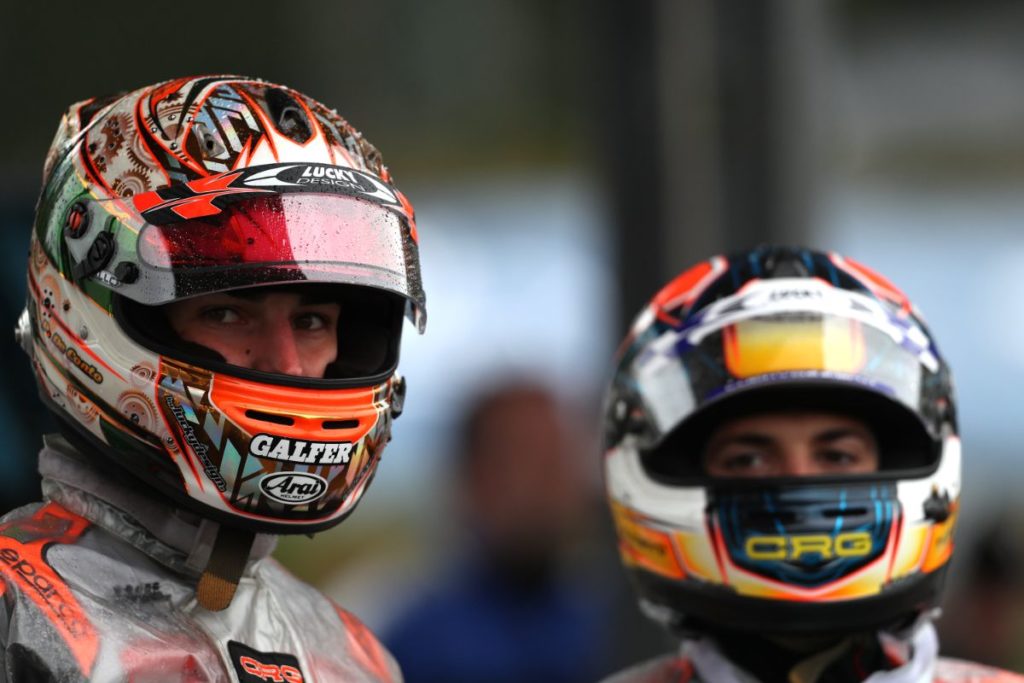 One of the most important meetings of the international season, the Second and Final round of the FIA Karting European Championship-KZ/KZ2 is taking place this weekend on the Naples International Circuit of Sarno (Salerno, Italy),

The CRG official team and private teams are ready to confront on track and achieve the most prestigious result in both categories. In KZ, the two times World Champion Paolo De Conto together with former OK World Champion Pedro Hiltbrand are ready to race, both determined to make a good performance after the bad luck that compromised their chances for winning the Championship.

In KZ2, instead, the goal is to conquer the title with the Modena Kart team and Simone Cunati, the brilliant protagonist of the previous round with the second place in Wackersdorf after a hard fight for the victory with Skaras until the finishing line. Cunati is in second place in the overall rankings with 27 points with a gap of only seven points from the leader, and considering the Italian driver’s high competitivity in the first part of the season, his goal in Sarno will be to fight for the title.

In Sarno, there are also many competitive private teams and their drivers with CRG, led by the 2014 European Champion Andrea Dalè but also Jean Luyet, Benjamin Tornqvist and Max Tubben with CRG Holland, besides Kas Haverkort with CRG Keijzer, determined to be among the major protagonists.

Paolo De Conto: “We know our potential and we are sure we can make an excellent race. Sarno is a track that highlights the strong points of our chassis, as braking and corner speed. Moreover, I am sure we’ll have excellent support from TM for the engines.”

Simone Cunati (Modena Kart): “The feeling with our technical equipment (CRG Road Rebel and TM engine) was excellent since the beginning of the year and I like the Sarno track very much. We are all concentrated and aware of our potential.”